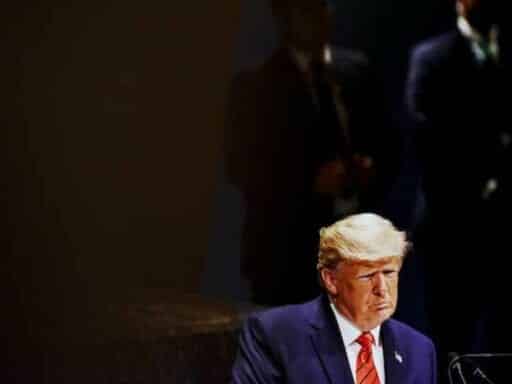 The whistleblower report is released; US intelligence confirms Syrian government chemical weapons attack in May.

Plus: Our Netflix show, Explained, is back for its second season! Catch new episodes each Thursday.

A complaint and a committee

“I want to know who’s the person who gave the whistleblower the information because that’s close to a spy. You know what we used to do in the old days when we were smart with spies and treason, right? We used to handle it a little differently than we do now.” [President Trump remarking on the whistleblower complaint about his controversial conversation with Ukrainian President Zelensky]

How do cults lure people in and exert controls? Learn a cult’s telltale signs, and how loneliness and life online make indoctrination easier than ever. Stream Cults, Explained now on Netflix.

Another global climate strike is coming Friday. These kids aren’t giving up.

Congress just made moves to narrowly avert another government shutdown

Vaping appears to be making hundreds of people sick. Doctors have no idea why.

Match may have misled users with messages from fake dating accounts

How “forever chemicals” polluted America’s water
The Democratic platform calls for a bold remaking of the federal judiciary. It’s not nearly enough.
Untitled Goose Game is a funny video game about an asshole goose. Its power is in its simplicity.
Trump to meet with House Republicans Tuesday on immigration
The US and Mexico made a trade deal. But it’s not a new NAFTA.
Baghdadi, Iran, and trade: What Trump will boast about at the State of the Union