Vox Sentences: Algeria has stranded 13,000 migrants in the Sahara 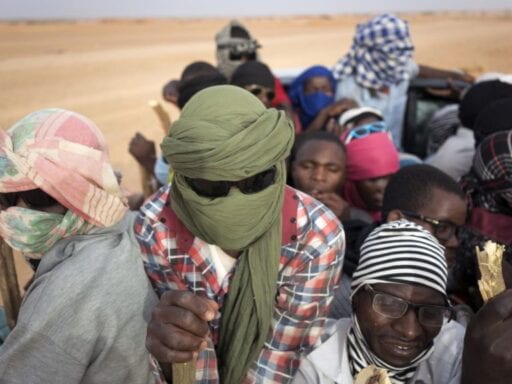 Trump’s travel ban survives; Algeria has expelled more than 13,000 migrants in the desert.

Algeria is expelling 13,000 migrants to a deathly Saharan trek

“To avoid digital interaction these days is to not participate in life. If you are going to position yourself as a public intellectual, if you’re going to write novels about our modern condition, don’t you have to participate in it? Can you write clearly about something that you don’t…swim in?” [Taffy Brodesser-Akner questioning Jonathan Franzen’s social media abstinence / NYT Magazine]

Watch this: Can Trump really pardon himself?

Can Trump really pardon himself? We asked legal experts about the limits of a president’s pardoning power. [YouTube / Danush Parvaneh]

Trump is about to escalate his trade war with China

Why everyone is shunning plastic straws

An Arizona woman needed a drug to induce a miscarriage. Her pharmacist refused.