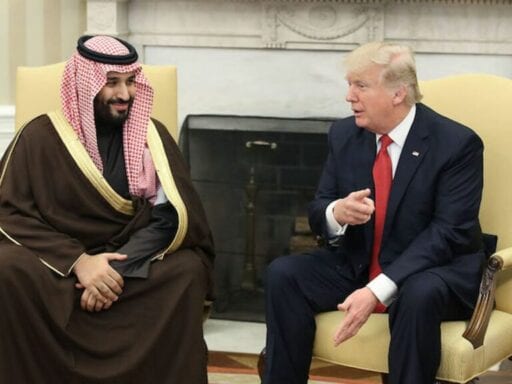 Trump vetoes a resolution that would end US participation in Yemen’s civil war; Afghanistan will hold its first talks with the Taliban on Friday.

Trump’s support for the Saudi-led war in Yemen continues

The first meeting between Kabul and the Taliban

“The conflict in Yemen is a horrific humanitarian crisis that challenges the conscience of the entire world. Yet the President has cynically chosen to contravene a bipartisan, bicameral vote of the Congress and perpetuate America’s shameful involvement in this heartbreaking crisis.” [House Speaker Nancy Pelosi’s statement following Trump’s veto]

Watch this: How the Saudis ended up with so many American weapons

The US has for a long time been selling weapons to Saudi Arabia — now its No. 1 customer. The Saudis have bought bombs, tanks, guns, and planes over the years to defend themselves from various threats. The US supplied those weapons because threats to the Saudis have usually been a threat to the US as well. [YouTube / Sam Ellis]

How airport scanners discriminate against passengers of color

Beyoncé made her iconic Coachella performance into a live album. You can stream it right now.

The case against solitary confinement

The UN World Food Program wins the 2020 Nobel Peace Prize
Chart: How coronavirus is devastating the restaurant business
Vox Sentences: Weinstein wants to settle (again)
The furniture resale market is booming
Vox Sentences: What a bat tells us about Ebola
The Devin Nunes tape tells us what we all knew: his investigation is about protecting Trump