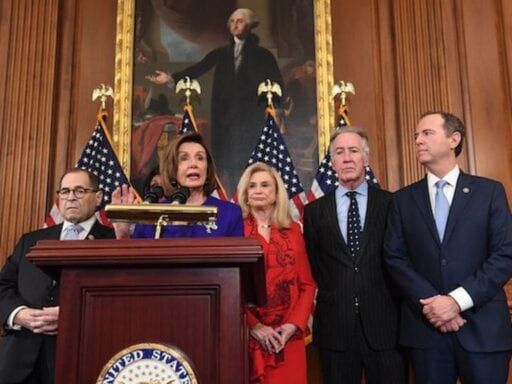 Articles of impeachment are drafted against the president; Myanmar’s treatment of the Rohingya is defended by a Nobel laureate.

Articles of impeachment on paper

Why is a human rights activist defending Myanmar?

“That was all a lie. Why would they look after our medical needs? That’s not high on their agenda at all.” [UK citizen Jules Barcroft on why she no longer believes that the British government cares about health care]

Watch this: What facial recognition steals from you

Why are so few Nobel Prizes awarded to women?

Obamacare had an unusually good day at the Supreme Court