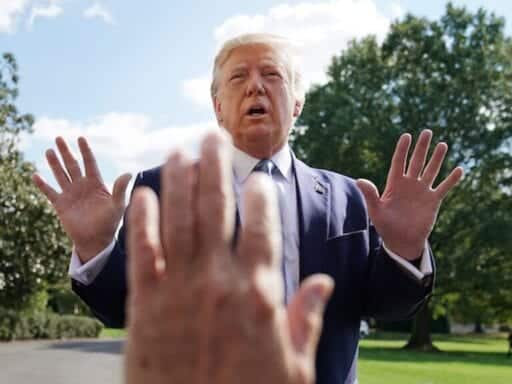 Rundown of the Trump-Ukraine scandal so far; the British prime minister sends mixed messages on a Brexit delay.

How we learned to spell Volodymyr Zelensky

Johnson puts Brexit extension on, off, and under the table

“I don’t know if that’s a real request or him just needling the press knowing that you guys are going to get outraged by it.” [Sen. Marco Rubio on President Trump publicly imploring China to look into his 2020 challenger Joe Biden]

Learn about why there are more billionaires than ever — and what they do with all that money. Stream Billionaires, Explained now on Netflix.

Plus: Our Netflix show, Explained, is back for its second season! Catch new episodes each Thursday.

Eddie Murphy is better than ever in Dolemite Is My Name, a bawdy comedy about comedy

Amazon’s video app should be coming back to Apple. But get ready to see more streaming fights.

The economy is slowing down. That’s bad for Trump.