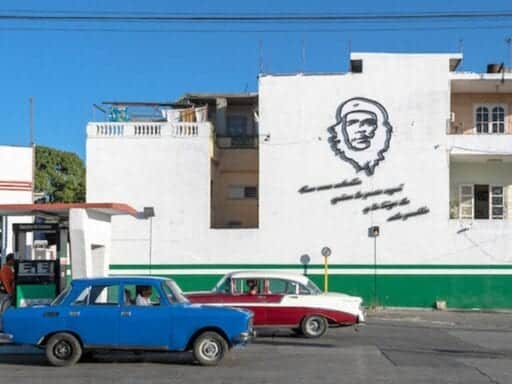 The Trump administration restricts travel to Cuba; the Sudanese military attacks pro-democracy groups in the capital.

The future of US tourism in Cuba looks bleak

The bloody fight for democracy in Sudan

“The protest movement regards what happened this morning as a major betrayal of trust of the Sudanese people who were ready to regard the TMC as partners in the process of democratization.” [Former British Ambassador to Sudan Rosalind Marsden on the military’s violent crackdown on protesters]

The new American religion of UFOs

Why the Trump family always looks so ’80s

Ghana’s new lifesaving drones: like Uber, but for blood

The WHO is concerned Tanzania may be hiding Ebola cases
UK Parliament has advanced the Brexit bill. Here’s what comes next.
Mike Pence visited the Mayo Clinic without a mask, violating his own government’s guidance
Sex, explained
The Russian roots of our misinformation problem
You’ve been invited to Clubhouse. Your privacy hasn’t.