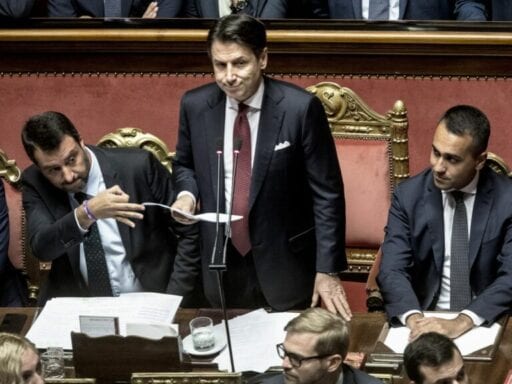 Signs of a global slowdown

“We don’t need people with full powers, but people with a culture of (respect for) institutions and a sense of responsibility.” [Italian Prime Minister Giuseppe Conte’s resignation speech]

Watch this: Where Sicko Mode’s weirdest moments came from

The Milky Way has a mass of 1.5 trillion suns. Most of it is something very mysterious.

Hard seltzer is here to stay

Frats are throwing parties with Tinder and Bumble. This isn’t exactly new.

A war hero is running for Congress, and she just dropped one of 2018's best political ads
Why is Marco Rubio tweeting about Salt Bae?
Maryland primary live results: governor and House races
Why Pete Buttigieg is dodging some of the media’s foreign policy questions
The escalating conflict between Bernie Sanders and Elizabeth Warren, explained
Oregon’s ballot measure to decriminalize all drugs, explained