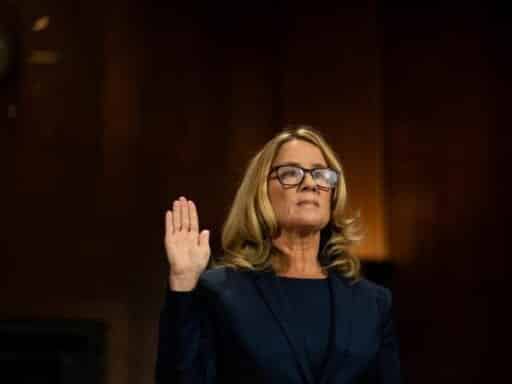 A teary Ford and Kavanaugh testify before the Senate Judiciary Committee; a new study has dire predictions for killer whales.

Half of killer whale groups may go extinct in 50 years

“This interrogation of the trauma experienced by a single person feels, as it so often does, like a referendum for all.” [Alexandra Schwartz on the intensity felt by all women watching Christine Blasey Ford testify for the Senate Judiciary Committee / New Yorker]

Rosenstein’s job might be on the line, but Republicans still don’t want to protect the Mueller investigation

The rise, fall, and unlikely return of Murphy Brown, explained

The hypocritical moralizing of Bill Cosby