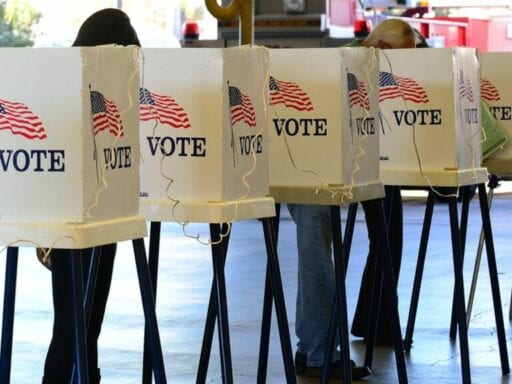 Georgia has put more than 53,000 voter registrations on hold mere weeks before the midterms; Malaysia plans to abolish the death penalty.

Something’s rotten in the Peach State

Watch this: A brief history of American inaction on climate change

It was once a bipartisan issue, but now one of America’s major parties acts like climate science doesn’t exist. This is an updated version of a video we published in 2016. [YouTube / Joss Fong, Joe Posner, and Gina Barton]

Photos: what Hurricane Michael’s destruction looks like on the ground

#MeToo: What do you do when the art you love was created by a monster?

How to deal with despair over climate change

Ben Shapiro’s revealing explanation for Donald Trump’s rise: it’s all Obama’s fault
Netflix’s The Haunting of Bly Manor is a calm, loving study in how to exorcise your ghosts
Fat Bear Week 2019: Holly is the fattest brown bear in Katmai National Park, Alaska
Primary voters head to the polls in 7 states
The 15 Silicon Valley millionaires spending the most to beat Donald Trump
Could Hillary Clinton really be thinking about another presidential run?