Vox Sentences: “I’m with him” 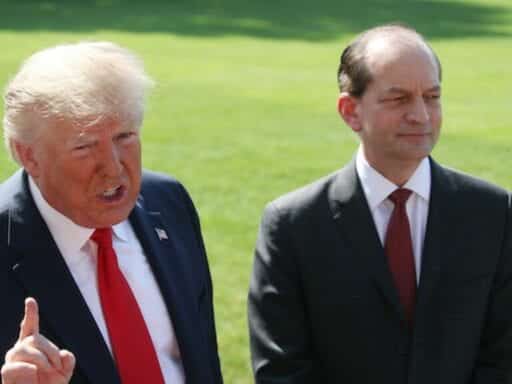 Labor Secretary Alex Acosta resigns amid scrutiny over Epstein deal; France plans to tax tech giants — many of which are American.

US tech giants to be taxed in France

“I don’t think it is right and fair for this administration’s Labor Department to have Epstein as the focus rather than the incredible economy we have today. It would be selfish for me to stay in the position and continue talking about a case that is 12 years old.” [Labor Secretary Alex Acosta during his resignation speech on Friday]

In the US, your SAT score is hugely important. But what does it really measure? [YouTube / Alvin Chang]

A white woman from Ohio asked Gillibrand about white privilege. Her answer was spot on.

How to dramatically reduce gun violence in American cities

Trump’s latest press conference was a master class in gaslighting

Playing StarCraft? You can now compete with an undercover AI.

What we know about the nationwide protests over George Floyd’s death
Once upon a time, there was cottagecore
Kamala Harris’s foreign policy, explained
The Brett Kavanaugh allegations and the problem with “boys will be boys”
How we know ending social distancing will lead to more deaths, in one chart
Trump is expected to nominate Amy Coney Barrett to the Supreme Court