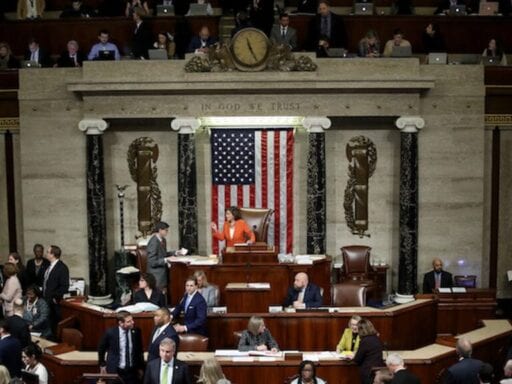 This week in impeachment news

“Despite scientific evidence demonstrating that animals … are sentient, intelligent beings, the average American consumes more than 220 pounds of red meat and poultry per year. The power of the $4.6 trillion global carnistic industry is unprecedented.” [Founder and president of Beyond Carnism Melanie Joy on the impact of eating meat]

Listen to this: Instagram’s war on nipples

How a social media platform is campaigning against this sexualized body part and what it’s doing to expression. [Spotify]

In Iowa, only 5 percent of Biden supporters are younger than 45

The 11-day teachers’ strike in Chicago paid off

He needed a gender-affirming procedure. The hospital said no.

Chuck Schumer wants to rename a Senate office building after John McCain
If aliens call, what should we do? Scientists want your opinion.
The Democratic debates have spent 93 minutes on health care
How to fix Lebanon’s political crisis
Trump was on the receiving end of “lock him up” chants at the World Series
The FDA has authorized the first Covid-19 vaccine in the US