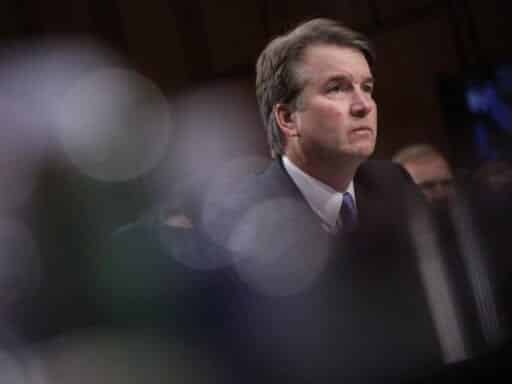 Kavanaugh’s nomination is in jeopardy

“In recent decades, America has witnessed the rise of bad jobs offering low pay, no benefits and little certainty. When it comes to poverty, a willingness to work is not the problem, and work itself is no longer the solution.” [Matthew Desmond on why jobs are not the solution to poverty / NYT Magazine]

Watch this: Why the Ouija board became so famous

Under Trump, refugee admissions are falling way short — except for Europeans

Sperm counts are falling. This isn’t the reproductive apocalypse — yet.

Impossible Foods and Beyond Meat are coming to campuses, offices, and stadiums
All the clues in Watchmen about Doctor Manhattan
Why Instagram’s co-founders made a site to track how fast the coronavirus is spreading
Trump eliminates federal anti-racism training, calling it “a sickness”
The food world is imploding over structural racism. The problems are much bigger than Bon Appetit.
Obama accuses Trump of trying to “kneecap” the Postal Service