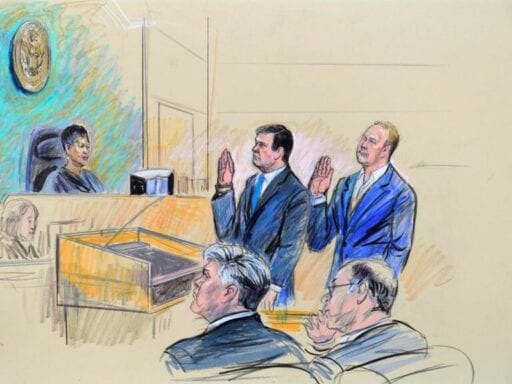 Paul Manfort’s trial reveals some details about his shopping habits; thieves make off with some of Sweden’s crown jewels.

“So what are the rest of us to do, knowing that the person standing next to us at a bar, waiting behind … as we order coffee or sitting across the table from us at dinner might be a complete asshole, the kind of person who takes pleasure in depriving others of the ability to make a living wage?” [Kristin Iversen on ethical tipping practices / Nylon]

Watch this: Why Hong Kong’s buildings are full of holes

For more behind-the-scenes and updates when new Hong Kong episodes are released, sign up for the Vox Borders newsletter today.

Why the White House just announced sanctions on Turkey

The quiet tactic employers use to keep you from suing them

These workers were left out of the New Deal. They’ve been fighting for better pay ever since.
4 winners and 2 losers from Trump’s 2020 State of the Union
How the media should respond to Trump’s lies: State of the Union edition
The Green New Deal, explained
Vox Sentences: China plays a game of I Spy
What, if anything, did the GameStop saga teach us?