Vox Sentences: Ohio does something 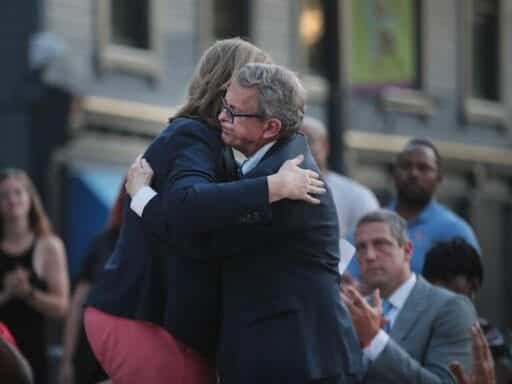 Hondurans want the “narco-dictator” out

“I understand that anger, for it’s impossible to make sense out of what is senseless. Some chanted ‘do something’ and they were absolutely right.” [Ohio Gov. Mike DeWine on his gun control plans following the Dayton shooting]

Listen to this: The unbearable sameness of restaurant playlists

Why is it that every hip restaurant plays the same music? Eater restaurant editor Hillary Dixler Canavan explains why this ‘00s mostly indie sound was the ideal background for post-industrial-chic establishments.

Orange Is the New Black celebrated diverse women. It also exploited their stories.

Why we should let more foreign doctors practice in America

Why Covid-19 cases are surging in the UK
Trump is gone. But the threat of right-wing violence that arose under his watch remains.
The company behind Fortnite is daring Apple to shutter its game on iPhones
The 2011 film Contagion is even more relevant in 2020, and not just because of coronavirus
Lisa Murkowski says she might leave the GOP — but “absolutely” won’t join the Democrats
Coronavirus is in the air. Here’s how to get it out.