Vox Sentences: One of the deadliest days for Jews in America 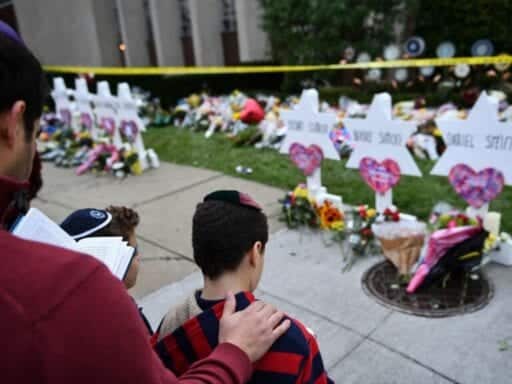 The Pittsburgh synagogue shooter goes to court; Germany’s Angela Merkel will not seek reelection as chancellor.

“Justice will be done”

The end of the line for Merkel

“Despite news reports to the contrary, the Centers for Disease Control and Prevention has not warned people against dressing chickens in Halloween costumes.” [Honestly, what more is there to say? / KUTV]

Watch this: Admit it. Republicans have broken politics.

Neither party is perfect, but Republicans in Congress have been drifting toward political extremism since long before Trump, and they’re making it impossible for Congress to work the way it’s supposed to. [YouTube / Carlos Maza and Hunter Boone]

After my felony conviction, I didn’t know if I could vote. It took me 12 years to find out.

Why marriages succeed — or fail

On Instagram, there’s an influencer for everything. Even pumpkins.

Rich countries are hoarding Covid-19 vaccines
America’s monopoly problem, explained by your internet bill
The dark side of going viral
Iowa shouldn’t vote first. Here’s an idea to fix the primary process.
The best $1,600 I ever spent: A handmade bookshelf
Steve Mnuchin: “We are looking at sending checks to Americans immediately”