Vox Sentences: Putin on a show 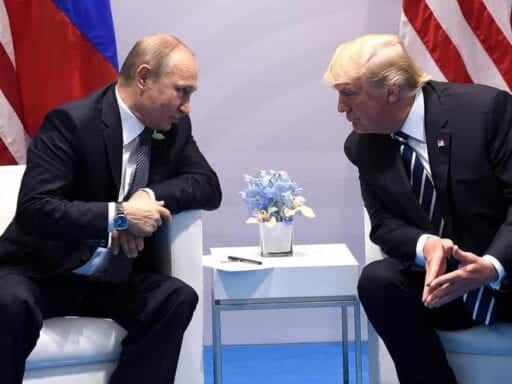 The world watches as Trump and Putin meet in Helsinki; France celebrates its win at the 2018 World Cup.

“Funerals are sad: I want 5 bouncy houses (because I’m 5), Batman, and snow cones.” [Garrett Matthias, a 5year-old who recently died from a rare form of cancer, in his (mostly) self-written obituary / NYT]

Watch this: The (mostly) true story of hobo graffiti

What we know about hobo graffiti comes from hobos — a group that took pride in embellishing stories. [YouTube / Coleman Lowndes]

The Trump administration is about to delete an important medical resource

How Russian hackers stole information from Democrats, in 3 simple diagrams

The streaming era is ignoring classic movies. Twitter is helping keep them alive.

Is your cellphone giving you cancer? A comprehensive guide to the messy, frustrating research.

Why it’s damaging to blame celebrity “meltdowns” on mental illness