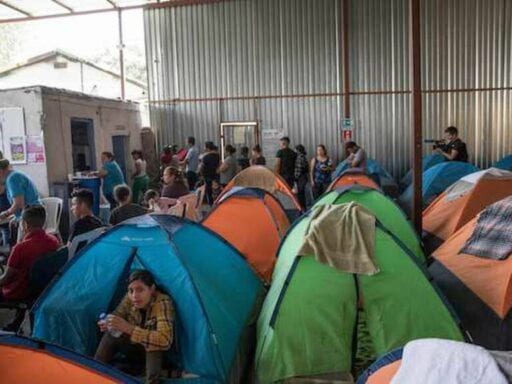 Trump moves to drastically restrict who can seek asylum; Turkey’s purchase of a Russian defense system could ruin the country’s relationship with the US.

“The United States is a generous country but is being completely overwhelmed by the burdens associated with apprehending and processing hundreds of thousands of aliens along the southern border.” [US Attorney General William Barr on the latest immigration rule]

Watch this: How Chicago built house music from the ashes of disco

With a disco sample and a drum machine, house music took over the globe. [YouTube / Estelle Caswell]

I was a fast-food worker. Let me tell you about burnout.

Amazon Prime Day and the psychology of sales, explained

Nearly all Americans fail to eat enough of this actual superfood

Parenting can be a full-time job. Activists want the tax code to treat it that way.

Plane ticket prices are dropping because of the coronavirus
A secret recording of a Trump dinner confirms one of Lev Parnas’s allegations
BTS, the band that changed K-pop, explained
OnPolitics Today: Is Red Hen more than a red herring?
The pandemic is fueling the private tutoring industry
11 concrete steps the government can take to avert economic disaster