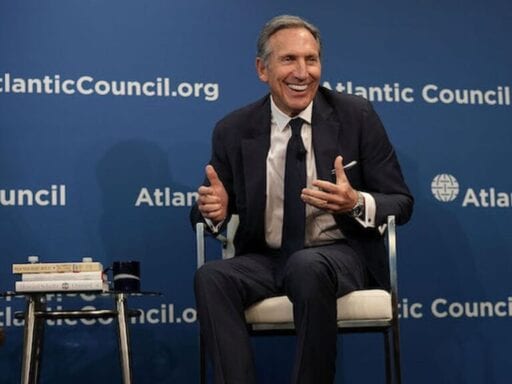 Howard Schultz tests the political waters; European nations form a company that could trade with Iran.

Former Starbucks CEO is thinking about a new job

“One person can make a big difference in setting the tone of this country.” [George W. Bush in 2005, honoring Jackie Robinson, who would be 100 years old today, via Politico]

Listen to this: Trump’s intelligence failure

Why Chris Christie and Jared Kushner hate each other so much

It’s outrageously cold in Michigan! Why is the governor asking people to turn down their heat?

Brands pay for the privilege of uttering the phrase “Super Bowl”