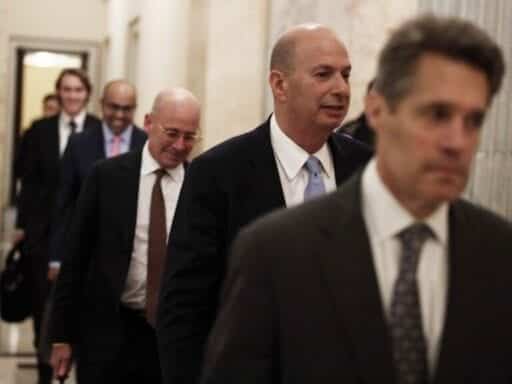 This week in impeachment news; Bolivia protests escalate with attack on Vinto mayor.

“There isn’t really a gender achievement gap in math, but there is in reading.” [Assistant professor at St. John’s University Erin Fahle asserting that females read about two-thirds of an academic year ahead of their male peers]

Watch this: The mistake that toppled the Berlin wall

One of the biggest moments in the Cold War started with a little confusion at a press conference. [YouTube / Coleman Lowndes]

What it’s like to deliver legal pot for a living

Survey: the epidemic of teen vaping continues to surge, unabated

Foreign doctors want to help fight the coronavirus. But the US health system stands in their way.
Welcome to The Goods by Vox
Game of Thrones: Melisandre told Arya she’ll kill someone with green eyes. Is it Cersei?
What Biden could do about family separations
Facebook’s commitment to privacy is about to be tested
Pete Buttigieg replies to Limbaugh’s homophobic comments: “I love my husband.”