Vox Sentences: The Amazon is burning 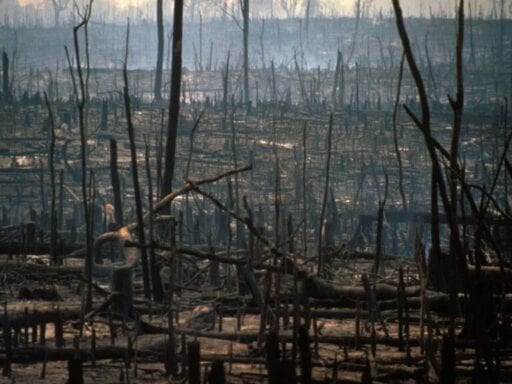 The Trump administration wants to roll back protections on detained migrants; a burning Amazon rainforest points to larger problems of deforestation and climate change.

The Amazon has been burning for the past two weeks

“People have caught on, people know that bringing a family is a free ticket into the United States. A kid is a ticket, a kid is a passport.” [A senior DHS official on the new rule that allows the government to indefinitely detain migrant families]

Listen to this: Coal’s last stand

There’s a train full of coal sitting on the tracks in eastern Kentucky. It’s being blocked by a group of laid-off miners who want what they’re owed. [Spotify]

Trump and the fragile belonging of American Jews

How did “sexy milkmaid” become a popular look?

DoorDash is still pocketing workers’ tips, almost a month after it promised to stop