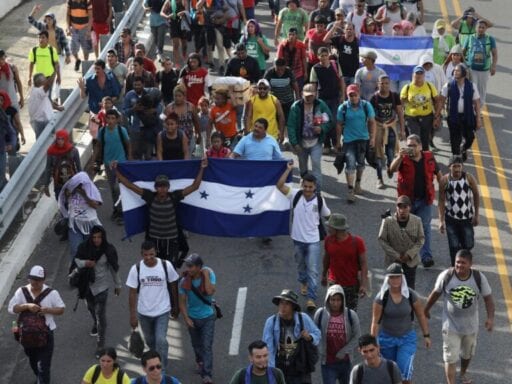 The caravan continues its journey north

“You wouldn’t let your grandparents pick your playlist. Why would you let them pick your representative who’s going to determine your future?” [In a video for ATTN, former President Barack Obama rebuts people’s common excuses not to vote / Twitter]

Want to be in our new YouTube show? Send us a question.

Do you have a burning question about the world? We want to answer it for you, and bring you along on the journey, in our new show with YouTube Originals.

Submit your question at vox.com/showme.

In the age of Instagram museums, what happens to haunted houses?

The overwhelming whiteness of genetics research is holding back medicine

Trump renews Space Force plan, but Congress lukewarm on plan it must approve
America’s emergency medical stockpile is almost empty. Nobody knows what happens next.
US troops leaving Syria will fight ISIS from Iraq
Republican Ron DeSantis says electing black opponent Andrew Gillum would “monkey this up”
Bernie Sanders wins the North Dakota caucuses
These are the popular ideas progressives can win with (and some unpopular ones to avoid)