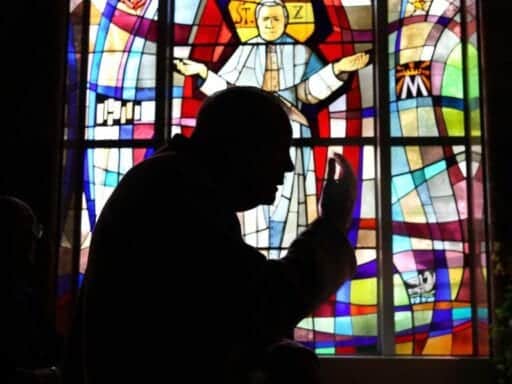 Catholic priests in Pennsylvania are accused of child sexual abuse dating back 80 years; Secretary of State Mike Pompeo announces the Jerusalem Consulate’s merge with the US Embassy in Israel.

A merger in the Middle East

“You’re welcome, Naomi.” [After tennis champion Naomi Osaka revealed to Ellen DeGeneres that her celebrity crush is Michael B. Jordan, a Twitter thread found the Creed II star, who then proceeded to tweet Osaka a shirtless pic and invite her to the film’s premiere / Twitter]

Watch this: Why gamers use WASD to move

First-person shooters mean WASD. The history of the keyboard default involves a gaming legend and the start of a new era in games. [YouTube / Phil Edwards]

The lawsuit against Harvard that could change affirmative action in college admissions, explained