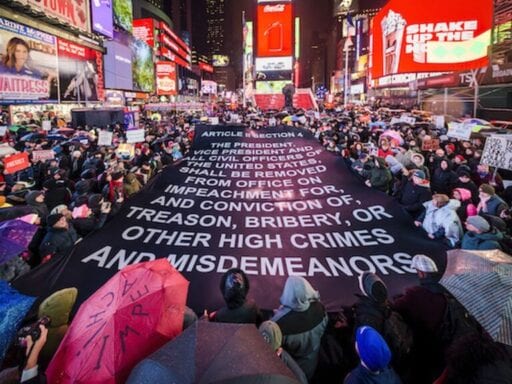 A historic day for President Trump; Algerians continue to protest after a presidential election.

“I was surprised that she didn’t do more in terms of Bush and going after Bush. It just seemed like she was really going to look to impeach Bush and get him out of office. Which personally I think would have been a wonderful thing.” [President Donald Trump said when Wolf Blitzer asked him, in 2008, about Nancy Pelosi]

Listen to this: Primary mooples

Ever wonder how the process we have to pick a presidential nominee came to be? Ezra, Jane, and Matt chat about the origins of the process. [Spotify]

Star Wars: The Rise of Skywalker is what happens when a franchise gives up