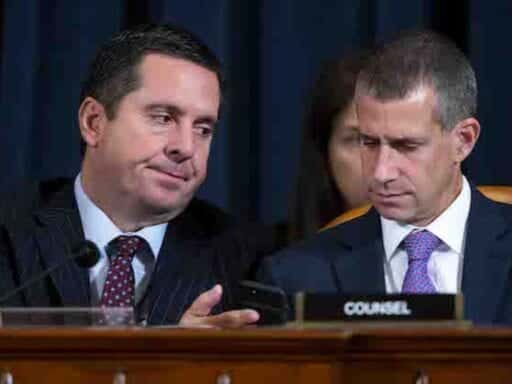 Articles of impeachment are in the works; North Korea looks like it’s planning to restart missile testing.

“How many cases have there been since mine, how many women have been killed? And the government just sits, frozen, unable to do anything.” [Margarita Gracheva on why her own experience with domestic violence pushed her to become a Russian activist against abuse]

Listen to this: Giving justice an extension

2 Nobel-winning economists speak out on our big economic problem: not enough immigration

Republicans are introducing a new compromise LGBTQ rights bill. But everyone already hates it.

Venezuela’s opposition leader failed to depose Maduro. He explains why he’s not giving up.

There have now been 50 million confirmed cases of Covid-19 worldwide
Did the Trump family’s tax practices break the law? An expert explains.
Algorithms are grading student essays across the country. Can it really teach kids how to write bett...
The November 5, 2019, elections
Trump just picked Judge Brett Kavanaugh to be his Supreme Court nominee
Companies are giving essential workers bullshit rewards