Vox Sentences: The Supreme Court decides not to decide on gerrymandering 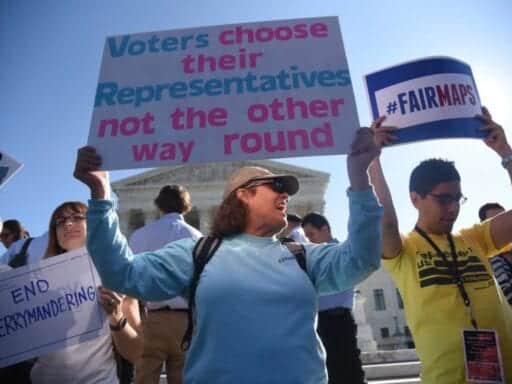 The Supreme Court gives plaintiffs a do-over in gerrymandering decision; Colombia elects the protégé of a former president as its new president.

The Supreme Court delays a decision on gerrymandering

“It is a truth universally acknowledged that no pleasure is so cheaply bought, and so unmarred by complexity, as the simple joy of seeing a dog hurl itself into a pond in pursuit of a slobbery stick.” [Christopher Solomon on the beauty of the canine world’s record-breaking whippet Spitfire / Outside]

Listen to this: Today, Explained on family separations

Today, Explained takes a closer look at family separations. CBS’s David Begnaud gives us a look inside a holding facility in Texas. Then Vox’s Dara Lind explains why some conservatives are denouncing Trump’s new policy. Listen on Art19, Apple Podcasts, and Stitcher.

The Trenton, New Jersey, mass shooting isn’t getting much national attention. It should.

How a pseudopenis-packing hyena smashes the patriarchy’s assumptions

Hiding my mental illness from my Asian family almost killed me

The bogus “Momo challenge” internet hoax, explained
Media coverage has blown anti-lockdown protests out of proportion
Trump’s threat to end immigration to the US, explained
SNL and its cast close the season with a touching goodbye
Why do some young, healthy people die from Covid-19?
Vox Sentences: Christine Blasey Ford is not alone