Vox Sentences: This is a test 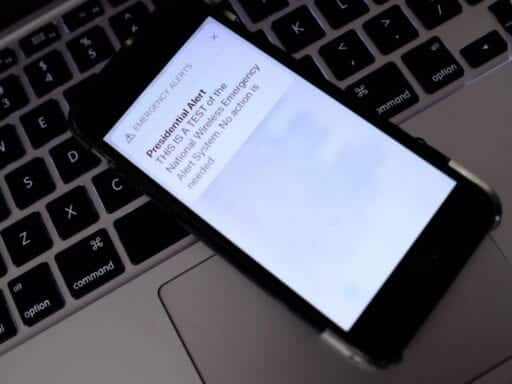 If you’re still wondering what that “presidential alert” was all about, here’s what you need to know.

Meanwhile, Republicans are rushing the Kavanaugh vote as the FBI probe wraps up, and a volcanic eruption strikes Indonesia only days after twin natural disasters.

An earthquake, a tsunami, now a volcano

“I think I was so nervous to have a surrogate and to have that connection that God was like, ‘I’m going to make her look just like you.’” [Kim Kardashian West, appearing on Ashley Graham’s new podcast, credits divine intervention for the reason her youngest daughter, Chicago, takes after her / People]

What would you do to have perfect skin? [YouTube / Gina Barton]

Did the Trump family’s tax practices break the law? An expert explains.

The US just brokered another peace deal for Israel, this time with Sudan
Trump’s reported Supreme Court finalists: Brett Kavanaugh, Amy Coney Barrett, and Raymond Kethledge
The 2 best ways to hold companies to their climate commitments
How K-pop fans are weaponizing the internet for Black Lives Matter
Why the era of Peak TV is the era of the disappointing second season
HBO will be the center of a tell-all oral history book