Vox Sentences: To infinity and beyond 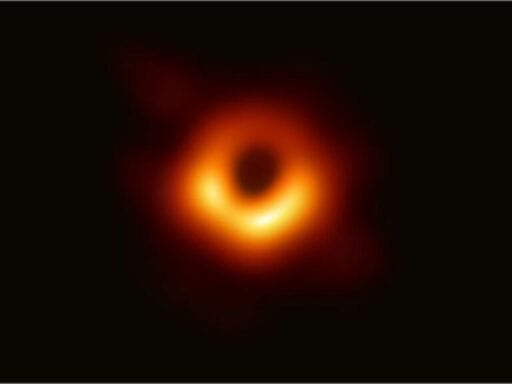 For the first time in history, a black hole is captured in a picture; a young protester in Sudan rises as a symbol of female leadership.

The world sees a black hole for the first time

An instantly indelible image of protests in Sudan

“I’m very glad that my photo let people around the world know about the revolution in Sudan. … Since the beginning of the uprising I have been going out every day and participating in the demonstrations because my parents raised me to love our home.” [Alaa Salah, the 22-year-old protester in Sudan whose photo went viral recently during demonstrations against President Omar al-Bashir]

What it took to collect these 54-million-year-old photons from a supermassive black hole. [YouTube / Joss Fong]

Inside a fashion show held at the State Department

Barcelona is pushing out cars and putting in superblocks. Here are the 2 biggest challenges ahead.

Steve Mnuchin tried to tell Maxine Waters how to run a congressional hearing. It did not go well.

Are we living in a computer simulation? I don’t know. Probably.

Correction: An earlier version of this article misstated how glaciers affect global sea rise. They have caused 25 to 30 percent of the rise, according to a recent study.

If Trump has learned anything from getting Covid-19, he’s not showing it
These are the trade-offs we make when we depend on billionaires to save us
Netflix’s Love Wedding Repeat is a frothy, comfort-food rom-com
Live results for the Northern Mariana Islands caucuses
Violent protests against police brutality in the ’60s and ’90s changed public opinion
Here are all the major tech conferences canceled so far because of Coronavirus