Vox Sentences: Trump wants to executive-order his way out of the Constitution 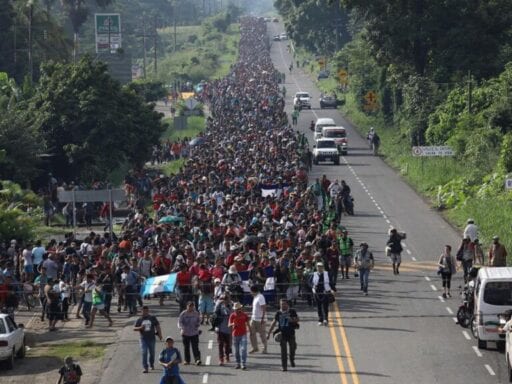 “Every female comedian he has harmed deserves a place on the Comedy Cellar stage one hundred times before he should be allowed back on the stage.” [Protesters gathered outside the Comedy Cellar on Monday, where comedian Louis C.K., who has admitted to sexual misconduct, was set to perform / NYT]

Watch this: NAFTA, explained with a toy car

NAFTA made your car cheaper. USMCA could change that. [YouTube / Madeline Marshall]

How anti-Semitism festers online, explained by a monitor of the darkest corners of the internet

Exclusive: Republicans are outspending Democrats 5 to 1 in key statehouse races

All the candy that’s sold during Halloween week, in one massive pumpkin

Netflix soured the live-action remake of Avatar: The Last Airbender, its showrunners say
Norm Macdonald spent an interview defending Roseanne Barr and Louis C.K.
Heading into Super Tuesday, Biden gets big funding boost
The Amazon rainforest is in trouble. Again.
Why Republicans didn’t write a platform for their convention this year
Inconceivable! The Vox Book Club is reading The Princess Bride in June.