Walmart is doing more to stop gun violence than Congress is 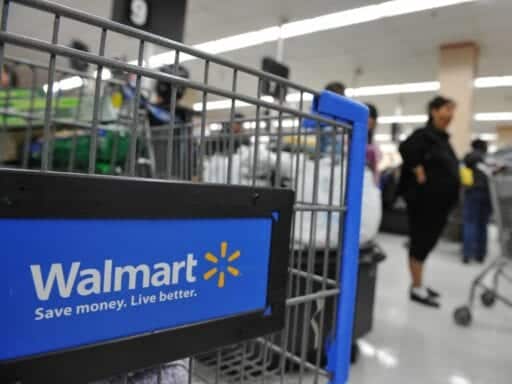 The retailer is pulling back on some gun and ammo sales.

Someone is taking nationwide action on gun violence. But it’s not Congress or President Donald Trump. It’s Walmart.

On Monday, Walmart CEO Doug McMillon announced that the retailer will be pulling back on some gun sales. It will stop selling short-barrel rifle ammunition, including .223 caliber and 5.56 caliber, that’s often used in assault weapons; stop selling handgun ammunition altogether; and stop selling handguns in Alaska, the last state where Walmart still sold handguns.

The retailer will still sell long-barrel deer rifles and shotguns, as well as some of the ammunition required for either, and hunting and sporting accessories and apparel.

Walmart will also ask customers to no longer openly carry firearms in its stores or Sam’s Clubs, even in states where open carry is legal, unless they are authorized police officers.

“In a complex situation lacking a simple solution, we are trying to take constructive steps to reduce the risk that events like these will happen again,” McMillon said in a statement. “The status quo is unacceptable.”

It’s unclear just how much Walmart’s actions will help. Chances are a lot of gun owners will simply take their business elsewhere. But it’s something to reduce access to firearms in the US.

“We believe these actions will reduce our market share of ammunition from around 20% to a range of approximately 6 to 9%. We believe it will likely drift toward the lower end of that range, over time, given the combination of these changes,” McMillon explained.

The move comes after pressure from advocacy groups, which have been asking Walmart for years to stop selling guns and ammo.

It also comes after a month of widely publicized mass shootings, including one at a Walmart in El Paso, Texas. Over the weekend, a shooter killed at least seven people and injured dozens more in Odessa and Midland, Texas. McMillon pointed to the El Paso shooting and another shooting this year at a Walmart in Southaven, Missisippi, to explain the policy changes.

Meanwhile, Congress has taken no significant action on mass shootings. Trump briefly talked up the possibility of expanding background checks after the mass shootings in El Paso and Dayton, Ohio, but he reportedly dropped the idea following a phone call from Wayne LaPierre, chief executive of the NRA. In recent days, Trump has talked up a supposed link between mental illness and mass shootings — but has also proposed nothing of substance on mental health care.

Republicans, who control the Senate, have resisted doing anything on gun violence, though some have supported a “red flag” law that would allow courts to take away someone’s guns if there’s some proof of a risk of violence. It’s unclear whether Senate Majority Leader Mitch McConnell will allow a vote on such a bill when Congress comes back from recess later this month.

The research shows that stricter gun laws could help. A 2016 review of 130 studies in 10 countries, published in Epidemiologic Reviews, found that new legal restrictions on owning and purchasing guns tended to be followed by a drop in gun violence, a strong indicator that restricting access to guns can save lives. But a growing body of evidence suggests that universal background checks and an assault weapons ban wouldn’t do much to reduce gun deaths on their own, instead supporting stricter actions like requiring a license to buy and own a firearm.

So far, Congress hasn’t acted even on the milder proposals. But Walmart, at least, has taken some action.