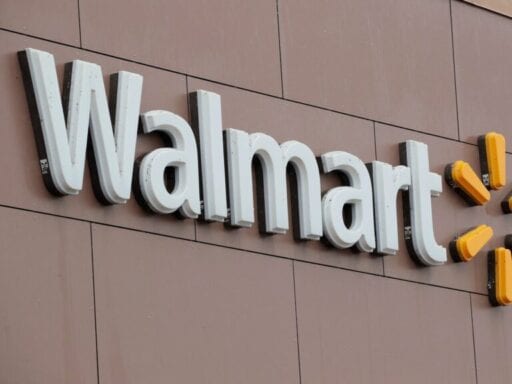 $25 insulin at Walmart: what to know

The US chain offers a low-cost option, but it’s far from ideal for all patients.

Health care executives faced the ire of lawmakers on Capitol Hill Wednesday, amid a growing outcry from patients, over soaring insulin prices.

“I don’t know how you people sleep at night,” said Rep. Jan Schakowsky (D-IL) in a House Energy and Commerce Committee meeting, according to Stat News. “You’re in trouble … if you think you can just out talk us without any transparency, without any accountability, I just want you to know your days are numbered.”

While the insulin makers and pharmacy benefit managers, who negotiate drug prices on behalf of insurance companies, fumbled to explain themselves, one “solution” to the problem resurfaced on social media: Patients should just buy cheap insulin at Walmart.

For context, the cost of the four most popular insulins has tripled over the past decade, leaving many of the millions of Americans with Type 1 or Type 2 diabetes who rely on the drug skimping on or skipping doses.

Walmart indeed offers a relatively inexpensive choice, essentially over-the-counter. People can go to pharmacies in stores nationwide, and without a prescription, purchase a vial of Novo Nordisk’s Novolin ReliOn Insulin for less than $25. (People with diabetes can require between one to six vials of insulin per month.)

But there’s a problem here: Walmart’s low-cost insulin isn’t optimal for all patients. Doctors and diabetes advocates point out that while Walmart’s offering may help desperate patients in a pinch, it’s also a formulation (known as “human” insulin) that came on to the market in the 1980s, over a decade before more refined insulins started to emerge. The newer insulins, known as analogs, appear to be more effective at preventing dangerous blood sugar swings, particularly in people with Type 1 diabetes.

So stories abound about patients who need to be rushed to the emergency room because of severe blood sugar highs and lows after dosing themselves with this insulin, even patients who’ve died as a result. (We’ve asked both Novo Nordisk and Walmart for comment and haven’t heard back.)

“[Human insulin] are harder to live on, lead to worse control, make it harder to hold down a job, impact quality of life,” said James Elliott, a trustee at T1International, an independent patient advocacy group, “and not everyone lives near a Walmart.”

Telling patients with diabetes to opt for the Walmart formulation is like telling people with HIV to go back to 1990s antiretroviral cocktails, or cancer patients to endure out-of-date radiation regimens when there are better, safer options available.

Ultimately, “Walmart-ism,” as diabetes advocates call it, reveals a lot about what the debate around the insulin drug pricing crisis has become: a big blame game, filled with distractions from what’s really driving up drug prices.

So while it’s true that Walmart offers insulin at a competitive price reminiscent of the days before insulin costs tripled — it’s far from ideal for all patients, and can be dangerous for some.

Walmart-ism is part of the insulin drug pricing blame game

The Walmart solution first went viral in February, after it was featured on TV in Texas and then posted to Facebook. And it continues to be bandied around on social media whenever people mention rising insulin prices. According to the meme, the problem isn’t that insulin is too expensive. The problem is that patients are too picky to take advantage of an affordable insulin option.

According to the pharmacy benefit managers testifying before Congress Tuesday, it’s the insulin manufacturers companies who are driving up the cost of the drug. At another congressional hearing Wednesday, pharmaceutical company executives blamed pharmacy benefit managers for helping to inflate prices, and boasted about their financial assistance programs as solutions to the access crisis.

The blame game involves many fingers pointing in many directions, but make no mistake: What’s driving up insulin costs is that drug companies have raised prices because they can.

As I recently explained, the US is an outlier in insulin costs and spending. America represents only 15 percent of the global insulin market and generates almost half of the pharmaceutical industry’s insulin revenue.

Although insulin was discovered a century ago, manufacturers have made incremental changes on their formulations that have allowed them to extend the patents for these drugs. Even where patents have expired, the road to getting generic insulin on the market is so complicated and expensive that recent attempts have failed and there’s no true generic option.

Unlike other countries, America gives drug companies free rein to set their prices. So the result of all this is that the cost of the four most popular types of insulin has tripled over the past decade, and the out-of-pocket prescription costs patients now face have doubled.

By 2016, the average list price of insulin rose to $450 per month. Patients can wind up paying out of pocket anything from $25 per month, if they have generous health insurance coverage or buy older insulin versions at Walmart, to more than $1,000 if they don’t have insurance or they have a high deductible plan, according to T1International.

Lately there’s been more attention on the insulin pricing problem. Members of Congress have been pressuring drug companies and pharmacy benefit managers to bring insulin costs under control. Last Wednesday, the insurance behemoth Cigna, and its pharmacy benefit arm Express Scripts, announced a new program that’ll cap the 30-day cost of insulin at $25. That’s a 40 percent reduction from the $41.50-per-month fee people with Express Scripts benefits were paying in 2018.

This week, Sanofi announced that it will offer its insulin products at $99 per month for uninsured patients.

But like the Walmart option, these programs amount to Band-Aid solutions, said Elizabeth Pfiester, the founder and executive director of T1International.

With Walmart, patients are “having to revert to an older insulin that can damage you,” she said. Meanwhile, the Sanofi and Cigna programs “can be shut down or rescinded at any time. That’s not any kind of assurance for patients.

“Patients will not fall for these fake measures that do nothing to solve the crisis we are facing.”

“Human insulin sold at Wal-Mart is not the solution,” said Yale endocrinologist Kasia Lipska, who sometimes resorts to prescribing it for her patients anyway when they can’t afford the newer and better insulin formulations.

There’s one way the insulin drug pricing problem could be fixed, however: lowering the price of insulin, Lipska said. “Ultimately it’s the list price that’s hurting patients. I keep going back to that: just fix the list price.”

Companies could decide that instead of launching one-off programs or doling out discounts, they’ll forgo profits and lower list prices once and for all. Or lawmakers could decide to regulate drug pricing.

“We have a big problem here,” Lipska said. “People are hurting and people are dying. How much more will it take for them to regulate this? Clearly what’s in place now is not working. This is a place where our legislators can step in and help protect the patients with diabetes.”

The $1.3 billion lawsuit that could bring down Rudy Giuliani, explained