Washington has a top-two primary. Here’s how it works. 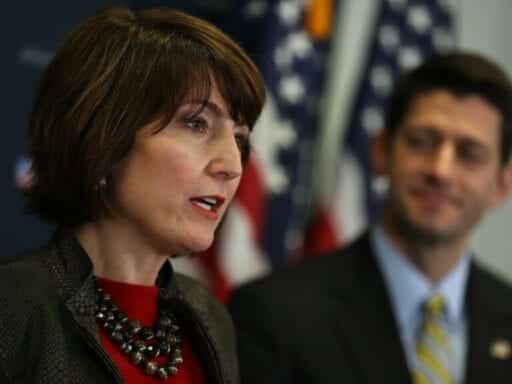 No lockouts are expected in the state’s most competitive races.

Like the one in California earlier this year, the primary race in Washington state on Tuesday night will send the top two candidates to the general election, regardless of their party affiliation.

Voters in three Washington districts are set to consider House races that Cook Political Report has rated as competitive. There’s a scuffle in the Third Congressional District over incumbent Republican Rep. Jaime Herrera Beutler’s seat, a Democratic push in the Fifth District aimed at unseating Rep. Cathy McMorris Rodgers and an all-out brawl over an opening in the Eighth that Democrats have long eyed as a pickup opportunity.

In a top-two primary, or jungle primary, voters pick from all the candidates from both parties. The two candidates who receive the highest percentage of votes overall go on to advance to the general election — which means that two candidates from the same party could both very well be on the ballot in November.

This possibility is one that sent California Democrats into a tizzy this past June. A large pool of Democrats were running in key primaries across the state, setting up a chance to fracture the vote in a slew of races. If that had happened, two Republicans could have theoretically garnered a higher proportion of the vote and wound up on the ballot in November, effectively shutting Democrats out of key races. Democrats’ fears didn’t come true.

In the most contested races in Washington, like the fight over Rep. Dave Reichert’s vacated seat in the Eighth District, this scenario also looks unlikely. During this cycle, many of the races appear to have strong frontrunners on the Democratic and Republican sides, suggesting that both parties stand a solid chance of being represented in the general election.

“In the Third and Fifth, there are Republican incumbents with no real Republican opposition, so there’s really little chance of anything but a Republican versus Democrat top two. In the Eighth District, there is no incumbent, but Republicans have united around Dino Rossi, and there are three Democrats with a chance to win,” notes Washington State University public policy professor Travis Ridout. “In short, I don’t think we’ll see any party locked out of any of the competitive US House races.“

Washington became the first state to adopt a top-two primary system in 2004. While both the Democratic and Republican parties challenged the system in court on the grounds that it infringed on their rights to select nominees, the Supreme Court ultimately ruled that the approach was constitutional in 2008.

As some Washingtonians are quick to point out, even though it’s gotten the lion’s share of the attention on the subject, California didn’t take up the top-two primary system until a few years later in 2010. Both states use the system for the majority of statewide races, excluding the presidential election. According to the National Conference of State Legislatures, Nebraska and Louisiana also employ this approach for certain races.

Proponents for this kind of primary argue that it more closely reflects the will of the broader electorate — unlike primaries that are limited to party membership, which tend to trend toward more extreme candidates and policy positions. Because voters have the option to evaluate candidates from both parties, more moderate options may have a better chance of advancing.

As Vox’s Andrew Prokop writes, the reasoning behind this is that candidates in a top-two primary are forced to appeal to the median voter in general, not just the median Democratic voter or the median Republican voter. If it works the way it’s intended, a top-two primary would ideally help curb polarization and lead to more competitive races. (If a Republican is running in a heavily conservative district and required to campaign against another Republican who comes in second, the two would still theoretically end up pushing each other on different policy positions compared to a single Republican candidate simply coasting to victory.)

“I would not be happy with this decision if I were the parties, but if I were the people, I’d love it,” said Terry Hunt, the head of the Washington State Grange, following the 2008 Supreme Court decision, per the Seattle Times. “They gave it back to us. They gave us back our primary and will let the people vote for the best person, not the party’s pick.”

In recent years, support for top-two primaries has picked up. Senate Minority Leader Chuck Schumer has even called for all states to adopt a top-two primary as a means of reducing the extremism that he sees becoming more rampant in different elections. “This would prevent a hard-right or hard-left candidate from gaining office with the support of just a sliver of the voters of the vastly diminished primary electorate; to finish in the top two, candidates from either party would have to reach out to the broad middle,” he wrote in a 2014 New York Times op-ed.

The impact of the top-two primary in Washington and California is still somewhat inconclusive. A 2017 paper from policy researchers Eric McGhee and Boris Shor found that the California state legislature had become more moderate in recent years, though the exact cause couldn’t be traced back to the primary structure itself. A white paper from Open Primaries, a group that’s advocating for more states to take up this practice, suggested that there’s been heightened voter participation in California, as well as closer races, following the implementation of the top-two primary.

California Democrats grew exceedingly anxious earlier this year over the threat of a potential lockout in several pivotal House races.

One side effect of a top-two system is that it increases the likelihood of two candidates from the same party going up against one another in the general election, especially in areas with firm partisan leanings. This happened in the 2016 California Senate race, for example, when Kamala Harris and Loretta Sanchez — the final two candidates on the ballot — were both Democrats. Harris garnered 40 percent of the primary vote, Sanchez received just under 19 percent, and the highest-ranked Republican secured 8 percent.

Per a June op-ed from the Daily Herald, more conservative and liberal-leaning regions in Washington could also witness this dynamic in future cycles:

Conservative areas (such as Southeastern Washington) are now likely to see two Republicans face off in November, while more liberal areas will find two Democrats on the ballot. Republicans who are center-right and Democrats who are center-left — folks who in the past were knocked out of contention in primaries controlled by the parties — have a real chance to be elected.

While potential outcomes like this have prompted critics to suggest that a top-two system amplifies political polarization rather than ameliorating it, this approach can also go awry when it generates a result that doesn’t exactly reflect the proportion of support each party actually has in districts that are politically divided.

Think of the total primary vote as a pie. The candidates are all trying to get slices of that pie, and whoever gets the two biggest slices wins. How much of the pie each party gets doesn’t matter.

Such worries weren’t completely unfounded. In 2012, this exact scenario took place in California’s 31st District. Even though then-President Barack Obama swept the district, the four Democratic candidates vying for a House seat ended up dividing the vote, so the candidates that made it onto the ballot were both Republicans.

Neither Democrats nor Republicans seem at heavy risk for a lockout in the Washington primary on Tuesday. In the state’s most competitive races — such as the ones in the Third, Fifth, and Eighth districts — there are what appear to be strong contenders on both sides of the aisle, which reduces the likelihood of either party getting completely shut out. “We aren’t too concerned about getting locked out in one of the primaries,” says Ansley Lacitis, the communications director for the Washington Democratic Party.

Instead, the larger challenge across the board seems to be gearing up for the fight this fall.

2 years of NFL protests, explained
Emma Chamberlain and the business of being relatable
Pete Buttigieg drops out of the presidential race
The Mueller indictments reveal the timing of the DNC leak was intentional
Don’t sleep on Sorry for Your Loss, a terrific new half-hour drama airing on Facebook
Why we kiss