Watch: A timeline of 1,944 Black Americans killed by police 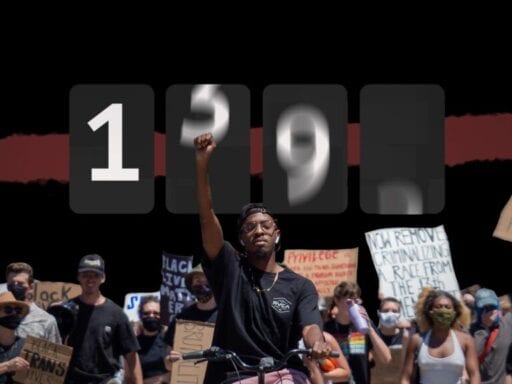 Black Americans are more likely to be killed by police. The police are rarely held accountable.

People have been protesting in the streets around the country and around the world in response to the brutal, cellphone-recorded killing of George Floyd, an unarmed black man, by a Minneapolis police officer during an arrest. This might feel like tragic déjà vu: another Black American killed by police, followed by another wave of protests to demand accountability.

It turns out it’s difficult to count exactly how many times we’ve seen this before, because data on police killings in the United States isn’t easy to come by. The government hasn’t historically tracked this public health statistic. In the wake of the protests in Ferguson, Missouri, over the 2014 police killing of Michael Brown Jr., Congress passed the Death in Custody Reporting Act, which would enable and mandate police departments to report deaths. The intent was to better understand how to prevent these tragedies. But as of today, there is still no reporting system in place for this data collection, nor are there consequences for failing to report these numbers. In other words, official data on police killings still doesn’t exist.

That’s why in recent years, some researchers and news organizations have attempted to piece it together themselves. One of those efforts, Mapping Police Violence, shows that Black Americans were killed at three times the rate of white Americans from 2013 to 2019, when adjusted for population. In some cities, like Oklahoma City and Phoenix, the occurrence of police violence against any race of victim doesn’t correlate with crime rates. And Black victims of police killings are more likely to be unarmed during the encounters.

Prosecution of police officers who kill is one measure of accountability that the Black Lives Matter movement has been demanding for years. And the reasons it’s hard to prosecute cops are myriad: Prosecutors work closely with police departments and are therefore reluctant to bring charges against them, and juries and judges in some communities tend to give credibility to police accounts of events, according to Kate Levine, a professor at Cardozo Law.

Levine warns, though, that focusing on prosecution isn’t the ideal solution to the disproportionate killings of Black men and women at the hands of law enforcement. “We aren’t going to solve police brutality and criminal justice with the criminal justice system,” she says. “To me, relying on that system to fix policing is really a dangerous road to go down.”

Jacquelyn Brittany’s viral elevator moment made her the star of a populist DNC fairy tale
Vox Sentences: The $0.00 paycheck
A Trump supporter called C-SPAN in tears to ask if her president had lied to her
Why are Bird Box memes so popular? It’s complicated.
Hundreds of thousands attend protest in Hong Kong over extradition bill
A wave of moderate House Democrats are suddenly eager for an impeachment investigation