Watch: Michelle Wolf performs a “Salute to Abortion” on The Break 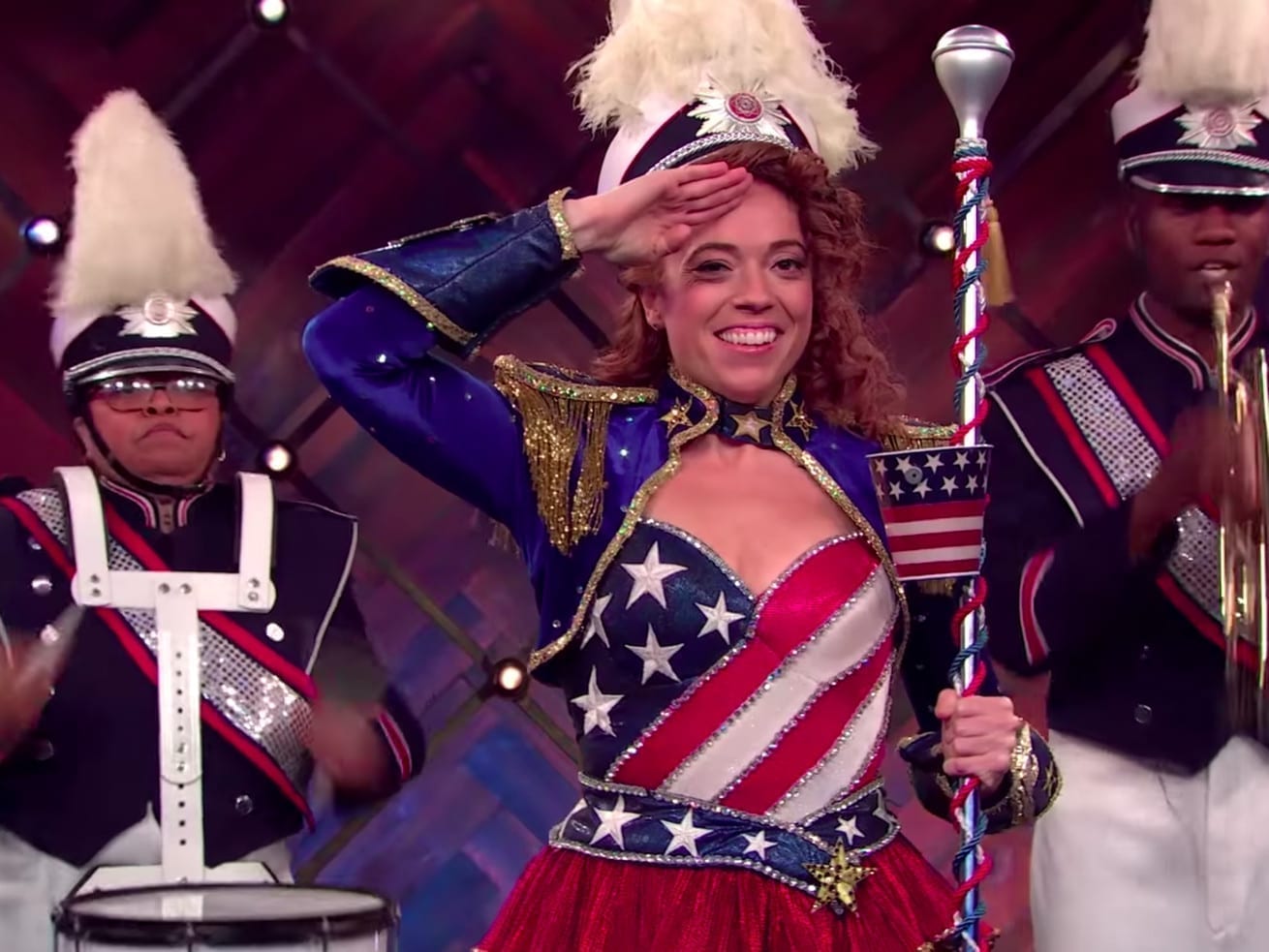 “If women embrace the fact that they control life, that makes it a lot harder for men to control women.”

The recent announcement of Supreme Court Justice Anthony Kennedy’s upcoming retirement came as a shock not only because it was so sudden, but because his departure at the end of July could signal a significant shift in the future of reproductive rights. That made it a natural topic for Michelle Wolf to take on in her Netflix series The Break with Michelle Wolf. In this Sunday’s episode, Wolf made her stance on the issue clear, getting into the hypocrisy inherent in “pro-life” legislation and arguing for easy, legal access to abortion with a star-spangled “Salute to Abortion.”

“These people are anti-abortion, which means they’re anti-woman,” says Wolf in the segment. “If these people were actually ‘pro-life,’ they would be fighting hard for healthcare, childcare, education, gun control, and protecting the environment.”

This isn’t the first time that Wolf has tackled the topic, as she also spoke about reproductive rights at the White House Correspondents’ Dinner earlier this year: “I know a lot of you are very anti-abortion,” she told the gathered audience, “You know, unless it’s the one you got for your secret mistress.”

The joke flew under the radar at the time due to the outrage generated over her comments on Sarah Huckabee Sanders’s makeup, though former president of Planned Parenthood Cecile Richards was asked about Wolf’s comments — and defended them, noting that very same hypocrisy — on CNN.

Wolf concluded the The Break segment by noting that, “If women embrace the fact that they control life, that makes it a lot harder for men to control women,” and performing “The Break’s 10th Annual Salute to Abortion,” which included the proclamation, “Women, don’t forget you have the power to give life, and men will try to control that. Don’t let them!”

Vox Sentences: Black churches are burning
Louise Glück just won the Nobel for literature. This poem will introduce you to her work.
Fosse/Vernon’s Joel Fields on how to wrestle with art made by terrible men
Netflix’s re-translation of Neon Genesis Evangelion is drawing backlash for queer erasure
Trump vowed to not cut Social Security and Medicare — hours before proposing just that
Algorithms are grading student essays across the country. Can it really teach kids how to write bett...