Watch: Saturday Night Live casts Matt Damon as Brett Kavanaugh. And he is YELLING A LOT. 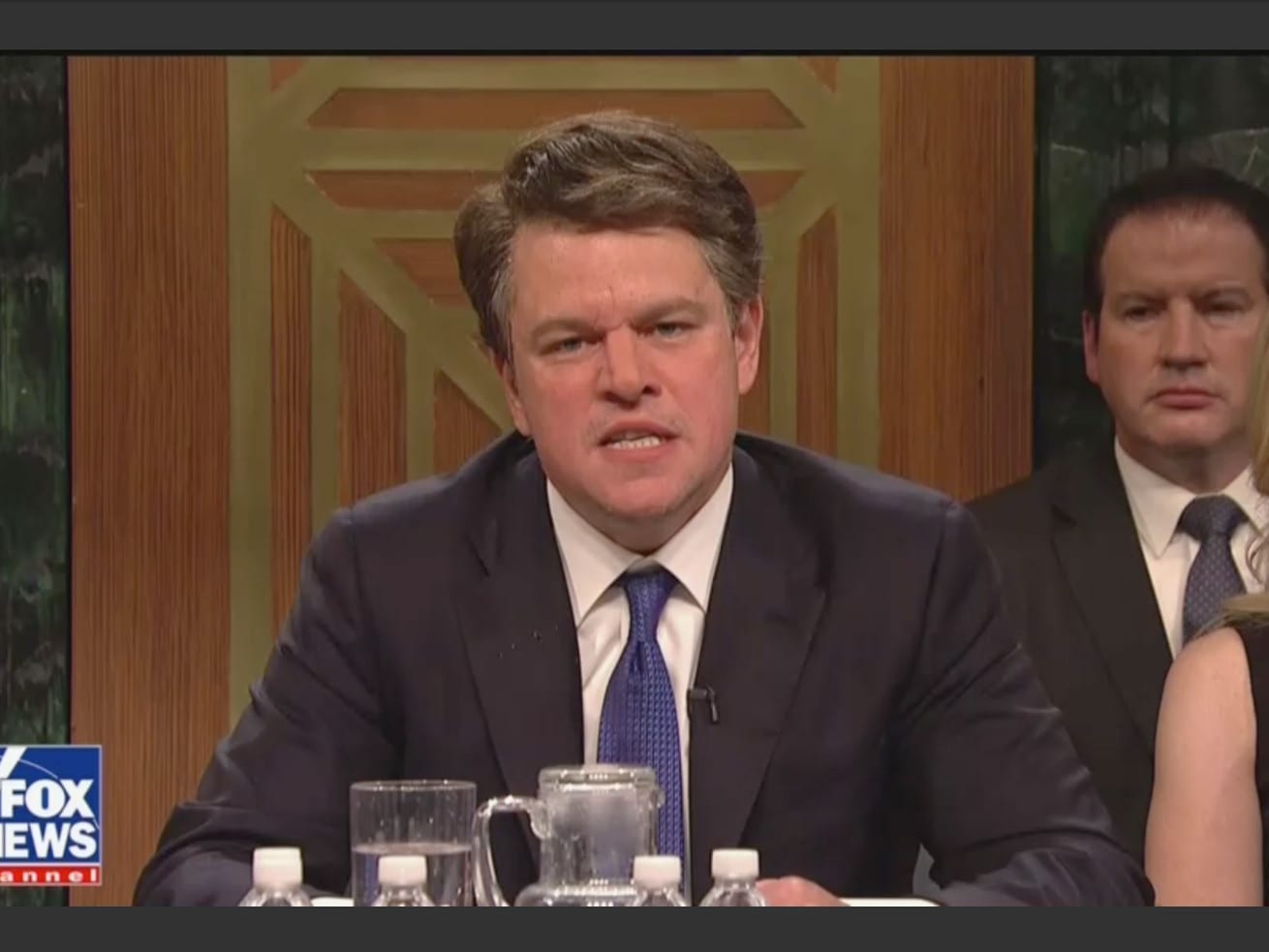 Ever since Thursday’s hearing before the Senate judiciary committee at which prospective Supreme Court justice Brett Kavanaugh was asked about the accusations of sexual assault levied against him, stemming from events in his adolescence, America has been asking one question: What’s Saturday Night Live going to do? Is this a healthy impulse? Probably not, but how will we know what’s funny unless comedians tell us?

Okay, sure, that’s the question a lot of people ask about nearly every major news event, but the Kavanaugh hearing was different, because a.) it came right before Saturday Night Live’s season 44 premiere and b.) the show has made a habit recently of casting big-name celebrities in these sorts of parts. (Alec Baldwin, of course, plays Donald Trump, but Melissa McCarthy essayed Sean Spicer, Robert De Niro has played Robert Mueller, etc., etc., etc.)

So how would Saturday Night Live handle Kavanaugh? With LOTS OF YELLING and furtive crying and MORE YELLING and then occasionally messy water chugging (or more specifically, shot-gunning). And, oh yeah, he was played by Matt Damon — yes, big movie star Matt Damon of The Martian and Bourne Identity fame.

The cold open sketch was mostly a collection of real moments from the hearing (including when Kavanaugh asked Minnesota Sen. Amy Klobuchar (played by cameo-ing former SNL star Rachel Dratch) if she had ever drank so much that she blacked out). But it was also just generally an attempt by Damon to capture Kavanaugh’s je ne sais quoi. He snorted and sniffed. He spilled water all over himself. He announced, up top, “I’m gonna start at about an 11, then I’m gonna take it to a 15 real quick!”

The sketch was long — over 10 minutes — and it started with a Fox News framing it never really returned to. But it earned a bunch of solid laughs, and Damon’s Kavanaugh captured something about what many have dubbed either his righteous anger or his petulance, depending on their political persuasion.

It was also a great reminder that Damon is from Boston and his big breakthrough, Good Will Hunting, vivisected the sort of rich kid prep school alumni/Ivy Leaguer types that populate that city in some of the movie’s most famous scenes. Damon knows these dudes, and in playing Kavanaugh he captured some essential part of the man, in a way that felt a little bit cathartic, even if you think Kavanaugh has been unjustly accused.

Also, you should watch the sketch so you can see how Kate McKinnon looks like a little kid in an inflatable sumo suit when she plays South Carolina Sen. Lindsey Graham.

The slow implosion of Joe Biden’s big bet on South Carolina, explained
Trump may soon ban Russian spy flights over US military bases. That’s a bad thing.
When Black Lives Matter protests come to “Copland”
Wall Street isn’t to blame for the chaotic housing market
The pandemic is forcing Democrats to ask: Does knocking on doors work?
A guide to how 2020 Democrats plan to fight climate change