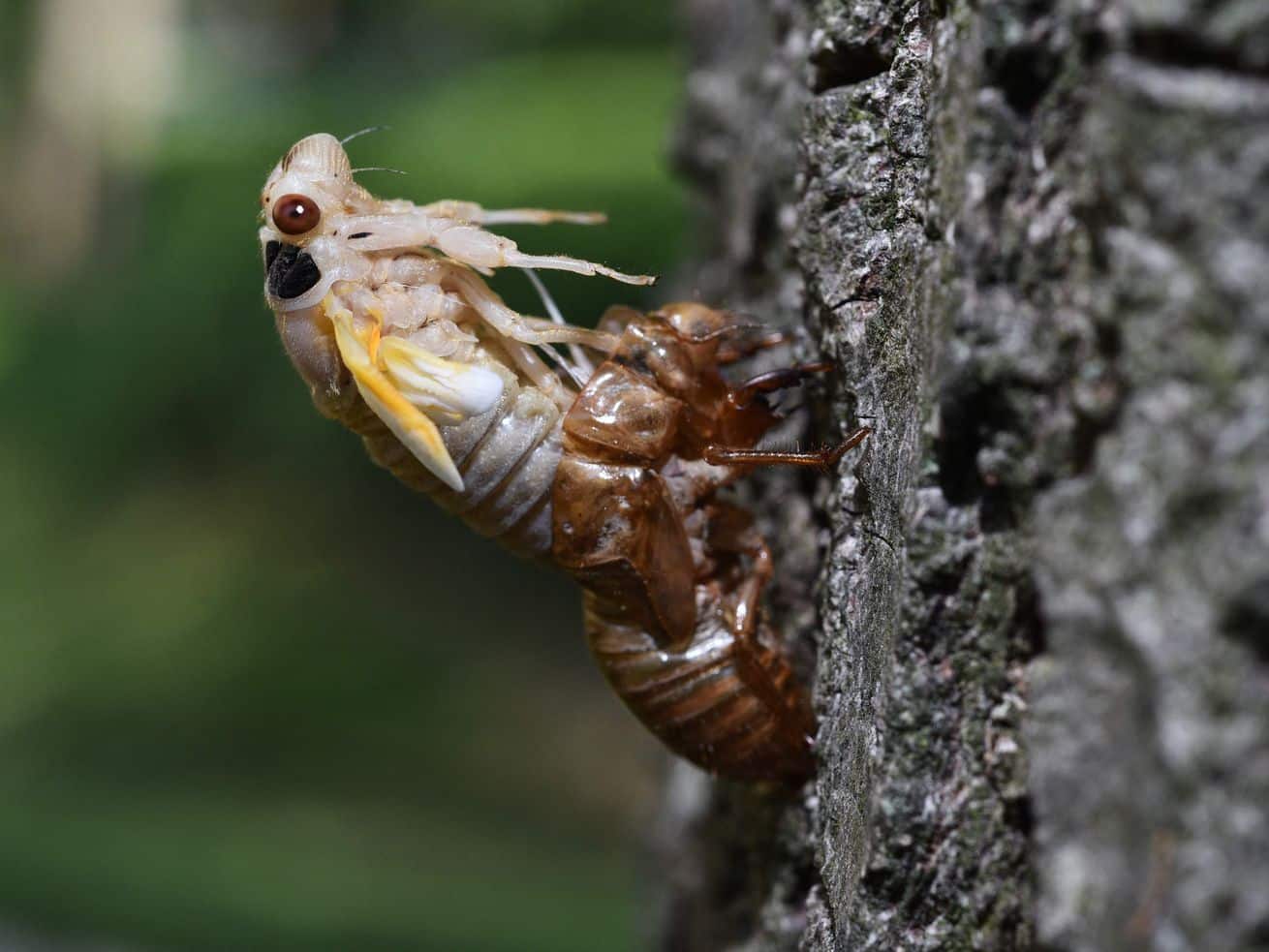 How to summon a cicada.

Over the next several weeks, billions of cicadas will continue rising up from the ground across the eastern United States. As they do, they’ll sprout wings, make a ton of noise, mate, and die within a few weeks. If you live in an area where the Brood X cicadas are expected, you will not mistake their arrival. In addition to littering the ground with exoskeletons, in their frenzied quest for mates, cicadas make a ton of noise.

The females make a clicking noise with a flip of their wings. The males find these clicks to be very sexy. They will immediately divert their attention if they hear a female click nearby. (Most of the cicada noises that you’ll hear come from the males. They make a buzzing noise reminiscent of a lawnmower.)

It turns out humans can summon — and dare I say, seduce — a male cicada by imitating the female cicada clicks. Why might you want to do this? I don’t know! Perhaps it could be helpful in collecting cicadas for a meal. Up to you!

Esteemed nature documentarian and activist Sir David Attenborough demonstrates how to summon one. “I can imitate the female’s wing flip with a snap of my fingers,” Attenborough says in his unmistakably husky voice in this clip from a 2005 BBC program below.

By snapping his fingers, Attenborough draws the cicada toward him, closer and closer. And then the cicada jumps toward Attenborough, to continue the courtship in a more intimate matter.

“The noise is awful,” Attenborough says as the cicada hums sweet nothings into his ear.

Why you see online ads for stuff you buy in the real world
A rare bipartisan agreement on immigration reform has tanked in the Senate
How an ill-fated undersea adventure in the 1960s changed the way scientists see the Earth
UK’s Supreme Court says Boris Johnson’s suspension of Parliament was unlawful
Workers need to be part of the conversation about UBI, says “Beaten Down, Worked Up” author Steve Gr...
The best (or worst) $20,000 I ever spent: The money to start a small business