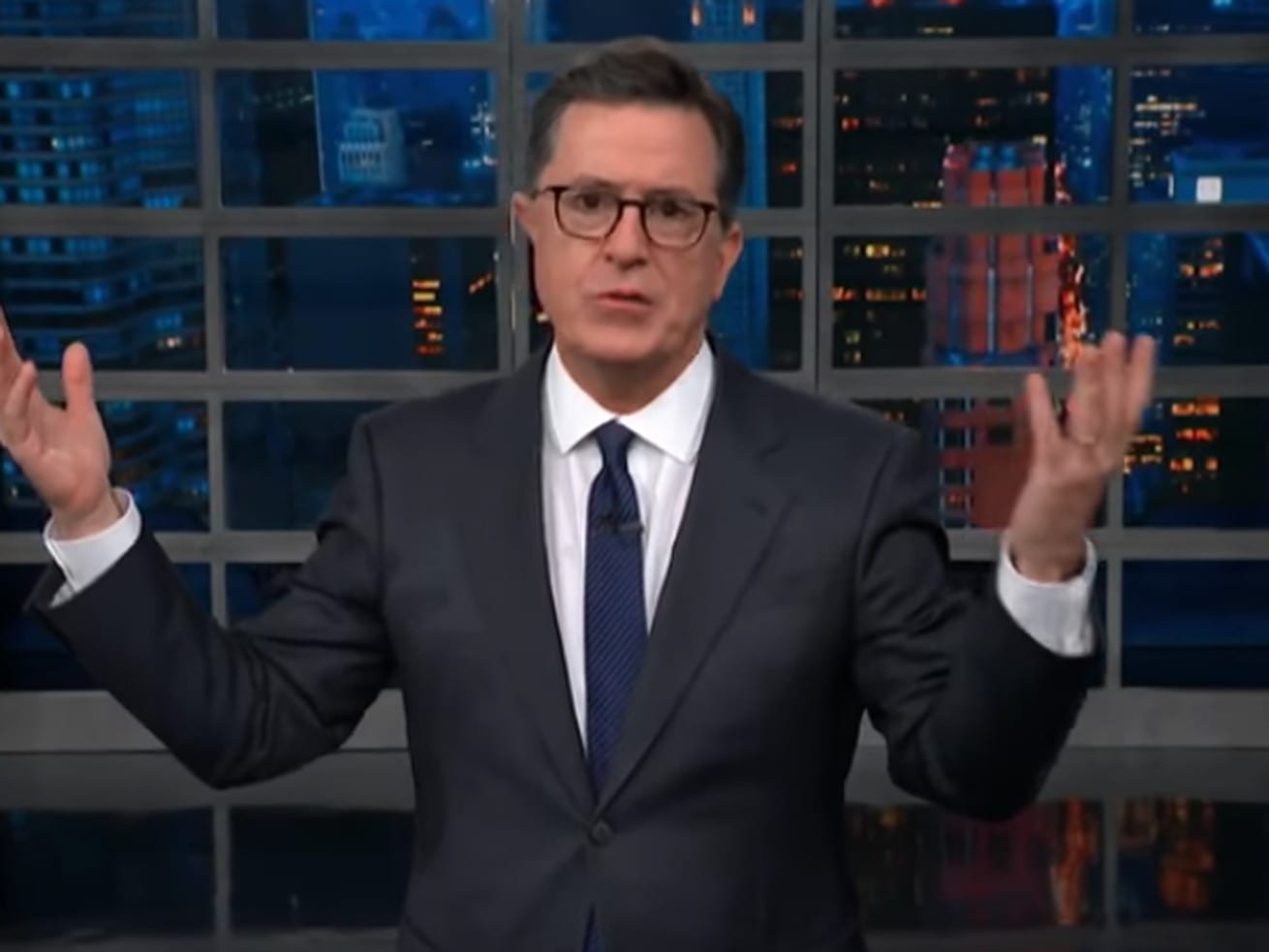 “Lactose is their only form of tolerance.”

On his show Thursday night, Stephen Colbert highlighted an absurd point of pride for white supremacists: the ability to fully digest cow’s milk.

As Amy Harmon reported for the New York Times, white supremacists have lately been distorting and appropriating genetic science for bizarre, self-aggrandizing ends. They are chugging milk to “to draw attention to a genetic trait known to be more common in white people than others,” she wrote. That trait is being able to tolerate lactose — a sugar found in milk — without discomfort into adulthood.

“For white supremacists,” Stephen Colbert said in a monologue, “lactose is their only form of tolerance.”

White supremacists are apparently not just chugging milk: Harmon noted “a social media post from an account called ‘Enter The Milk Zone’ with a map lifted from a scientific journal article on the trait’s evolutionary history.”

Let’s break down why this is ridiculous. First of all, the gene variant that codes for lactase, an enzyme that breaks down lactose, independently arose in several populations who figured out how to raise dairy cows — in Africa, northern Europe, the Middle East, and elsewhere across the world.

In other words, it’s not specific to Europeans, and about 35 percent of the world’s population has it. (In fact, many people who lack the lactose-tolerance genetic trait can have a glass of milk without complications.)

Though white supremacists are quick to make simplistic, bogus arguments, genetics research is revealing how densely complicated our genomes are: For even simple-sounding human traits like height, it turns out there are hundreds, if not thousands, of genes working in concert to determine who we are. It’s awesome in its complexity. We’re barely understanding how these genes influence our biology.

It’s not even possible, in many cases, to make comparisons on traits like intelligence across populations.

But if the milk-chugging videos are a clue, white supremacists aren’t into subtleties. Harmon also noted, “They are celebrating traces of Neanderthal DNA not found in people with only African ancestry.”

Trump’s defense in the impeachment trial just concluded. Here are 6 key moments.
As Trump takes aim at affirmative action, let’s remember how Jared Kushner got into Harvard
How Native Hawaiians fought the US Navy, and won
The EU condemns Trump’s travel ban and the NBA stops playing: Thursday’s coronavirus news
The Supreme Court fight over Trump’s last-ditch effort to rig the census, explained
Beyoncé’s Lemonade is one of the best movies of the 2010s