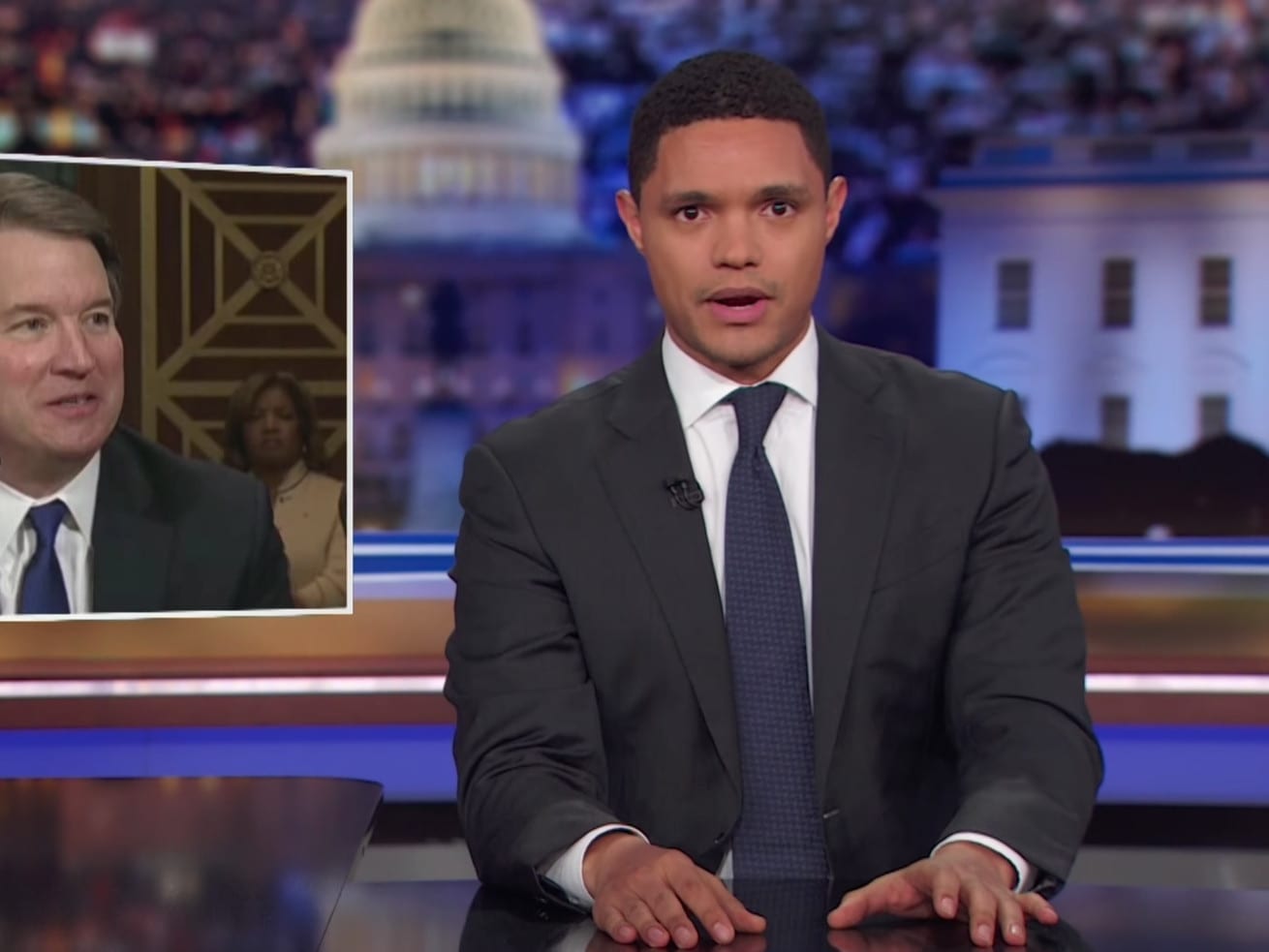 “I don’t know if finding out the truth is on Kavanaugh’s calendar.”

During Thursday’s Senate Judiciary Committee hearing on Christine Blasey Ford’s sexual assault allegations against Brett Kavanaugh, the Supreme Court nominee became visibly aggravated, characterizing the confirmation process as a “circus.” But during a segment on The Daily Show later that night, host Trevor Noah had a different analogy in mind, calling the nationwide attention to Kavanaugh’s and Ford’s respective testimonies “a sad Super Bowl.”

In the 12-minute segment on the hearing that captivated a nation, the host expressed disbelief at Kavanaugh’s aggressive behavior during his testimony. “This guy was such an asshole, it looked like he was auditioning for a Snickers commercial,” Noah said, referring to the ads in which people rage until they’re given a candy bar.

Noah continued to emphasize Kavanaugh’s anger throughout the segment, characterizing it as a glimpse at “the real Brett,” a stark contrast to the calm interview Kavanaugh gave to Fox News on Monday.

He underlined the implications of that anger through a sarcastic imitation of Kavanaugh: “If you’ll put me on the Court, now, I’m prepared to put my emotions aside and rule fairly and soberly,” he joked, subtly addressing the double standard applied to displays of emotion from women versus those from men. “I think we can all agree I know how to handle my emotions.”

Noah also showcased several instances of Kavanaugh’s evasive behavior, including his non-response to the question of whether he supported an FBI investigation, concluding, in a joke about the high school calendars Kavanaugh had submitted as evidence for the hearing, “I don’t know if finding out the truth is on Kavanaugh’s calendar.”

In contrast, Noah heaped praise on Ford’s performance at the hearing, shouting, “Oh, snap!” over a huge applause break after a clip of Ford explaining how neurotransmitters “code memory into the hippocampus” during a trauma-related experience. He also noted how painful the proceedings must have been for Ford, “a woman whose life has been turned upside down since she stepped into the Supreme Court battle royal,” and who’s “gotten death threats, reporters flooding her house, and been called a political pawn.”

Noah also had some choice words for the Republican senators on the committee, including Iowa’s Chuck Grassley — whom he described as “human cornbread” and noted that “he’s trying so hard not to look like a sexist asshole that he’s coming off as a sexist asshole” — and South Carolina’s Lindsey Graham, who described the proceedings as “the most unethical sham” that Graham had ever seen.

Facebook banned more fake Russian and Iranian accounts
Who is going to win the South Carolina primary, according to the polls
Bernie Sanders is leading the two most important states on Super Tuesday
Coronavirus in the US: Tracking cases and deaths
The Kentucky Kroger shooting may have been a racist attack
Pete Buttigieg claims victory in Iowa before the results are in