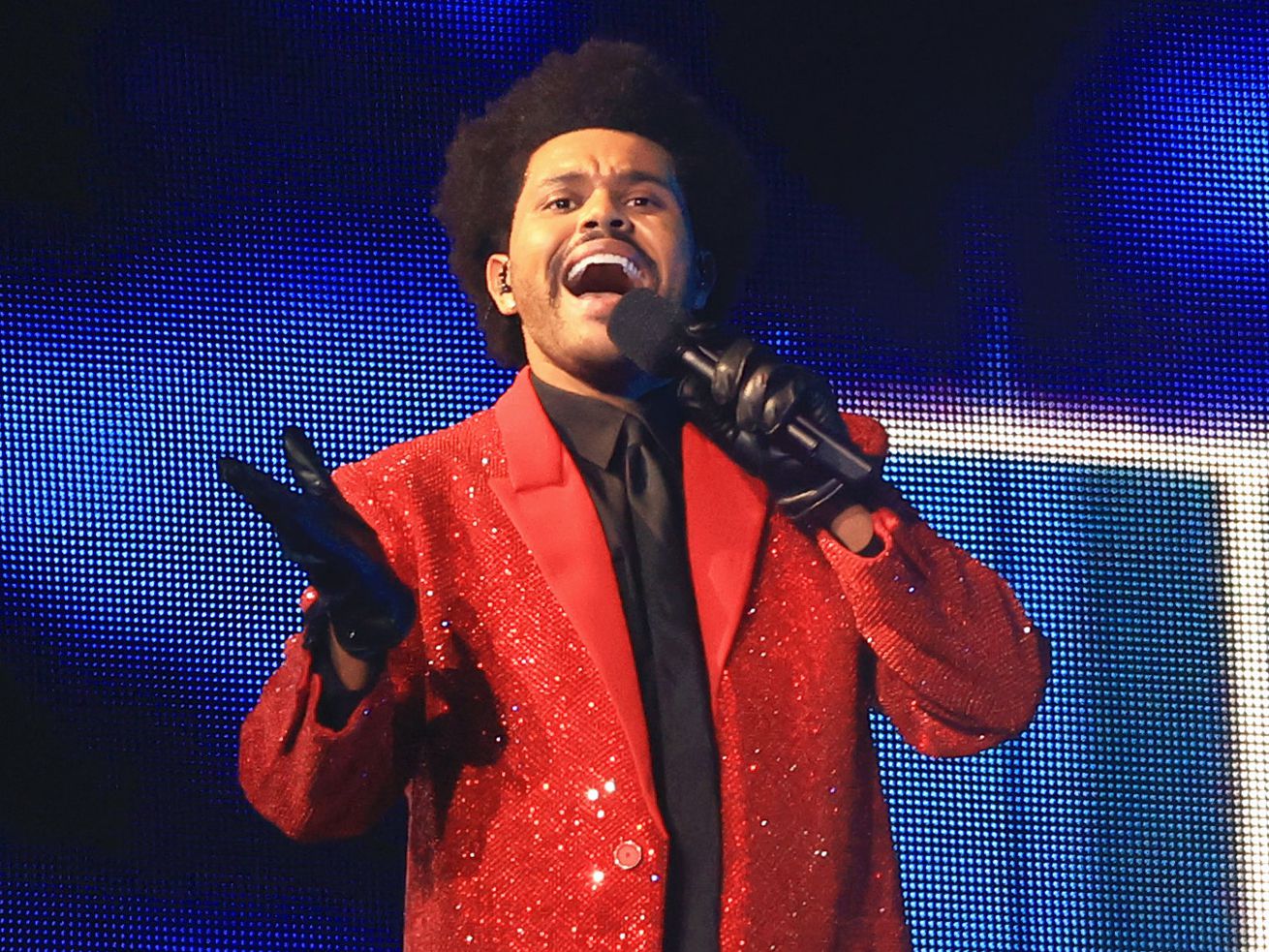 The typically edgy artist went for a lower-key, Covid-safe performance.

Prior to his Super Bowl 55 halftime performance in Tampa on Sunday, The Weeknd promised to keep his typically edgy fare much more family-friendly for the game’s millions of viewers. Typically, the fascinating star — his real name is Abel Tesfaye — delivers a heady mix of sex, drugs, and rock and roll through his music, a cocktail of R&B, hip-hop, and classic pop. The Weeknd’s halftime performance was significantly lower-key, but once it started, he had the size-limited crowd at the Raymond James Stadium fully under his thumb, with powerful vocals serving as the main draw.

Continuing the Las Vegas theme he began with his music videos for “Heartless” and “Blinding Lights,” The Weeknd opened the halftime show with an ethereal robot choir accompanying him to “Starboy” and “Call Out My Name,” before segueing into a dazzling chorus of “The Hills.” In the background, the set illuminated what might be keywords for a Weeknd performance, as well as for the overall pandemic mood: “touch,” “alone,” and “empty,” among others.

Though The Weeknd didn’t don the controversial face bandages he wore when performing at the American Music Awards last November, he one-upped that look for the Super Bowl. This time, in a brightly lit funhouse of golden mirrors, he manifested a whole crowd of face-bandaged doppelgangers, all colliding against the mirrors and each other in a rendition of “Can’t Feel My Face,” enacting the stumbling, drug-fueled stupor of the song’s theme. It was the main taste of the orgiastic cocktail of self-destruction The Weeknd’s performances usually proffer.

The performance was otherwise benign — not only because The Weeknd was performing for a much larger and more all-ages audience than usual, but because Covid-19 safety protocols meant a smaller crowd at the stadium and presumably fewer opportunities for complicated onstage hijinks (or surprise cameos from guest artists). The Weeknd mostly performed solo, backed by an ensemble whose limited choreography — and at one point, violin instrumental — was mostly performed in place. When the bandaged dancers finally showed up again, it was to take over the football field like a surrealist marching band, at first all standing a rigid six feet apart.

In the middle, The Weeknd paraded in his now-iconic red sequin jacket, skipping into an intense, bouncy rendition of “Blinding Lights” — the song that arguably won him this Super Bowl gig in the first place.

The Weeknd has frequently drawn comparisons to Michael Jackson, one of his biggest artistic influences, and the scene gave off a definite “Thriller vibe,” with the choreography getting progressively more unhinged and erratic. The halftime show ended with The Weeknd walking off the field solo after razing the field of his dopples, who lay as if dead — perhaps felled by the force of The Weeknd’s concert intensity.

All in all, even though this was an unlikely halftime show featuring an unlikely performer at an uncertain Super Bowl, it was exactly the halftime show we needed. The Weeknd strode through it with confidence and charm, reminding viewers that even though plenty is different in 2021, the most important things — including the music and the magic of live performance — remain the same.