Watch: Trump and Putin start their historic meeting in Helsinki with a handshake 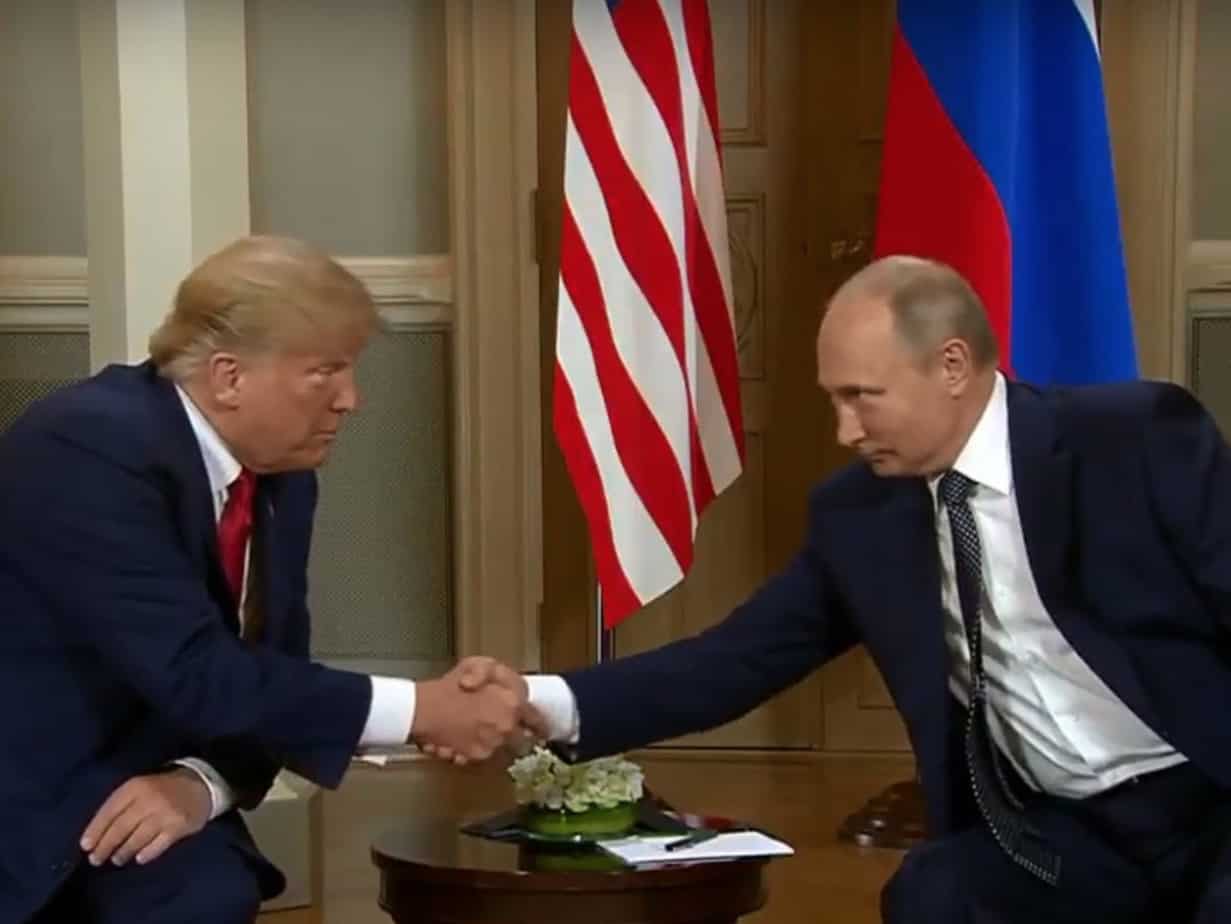 According to the White House’s schedule, both leaders will now meet one-on-one — with no other staff except possibly interpreters — for about 90 minutes. Then they’ll join some of their top aides for a two-hour bilateral meeting and working lunch. Finally, Trump and Putin will hold a joint press conference, the first between an American and Russian leader in about a decade.

The two presidents have a lot to talk about over the next three-and-a-half hours. They will likely discuss Russia’s meddling in the 2016 presidential election; how to wind down the war in Syria; Moscow’s annexation of Crimea and broader incursion into Ukraine; and how to reduce the number of nuclear weapons around the world.

But the real question is, how much will Trump actually confront Putin on any of these items? Trump still refuses to blame Russia for interfering in the 2016 presidential election and once implied Crimea might as well belong to Russia, because the majority of people there speak Russian — a talking point straight out of the Kremlin.

Just hours before his meeting with Putin, Trump tweeted “Our relationship with Russia has NEVER been worse thanks to many years of U.S. foolishness and stupidity, and now, the Rigged Witch Hunt!” — a reference to special counsel Robert Mueller’s investigation into possible Trump campaign collusion with Russia in 2016.

Putin, meanwhile, arrived late to Helsinki: his plane touched down just nine minutes before he and Trump were supposed to meet.

But now that the meeting has finally begun, it’ll be interesting to see what comes of their hours together — and whether either leader gets what they came for.

Watch Trump and Putin greet each other and Trump’s opening remarks:

President Trump shares a handshake with Russian President Putin at the beginning of their summit in Helsinki. https://t.co/W4XSO2czEV pic.twitter.com/TeIVmS3vfe

.@POTUS: I really think the world wants to see us get along. We are the two great nuclear powers. We have 90% of the nuclear, and that’s not a good thing, it’s a bad thing. https://t.co/afwWRC0nGS pic.twitter.com/qqXEMNODuQ

Summer movies are back!
Biden and Sanders are canceling rallies over coronavirus. Why won’t Trump?
Trump is still using racist terms to describe the coronavirus. That has real consequences for Asian ...
Jeffrey Epstein is dead. His story isn’t over.
A Republican senator just made new claims about whether Trump linked Ukrainian military aid to inves...
Why we’re not overreacting to the coronavirus, in one chart