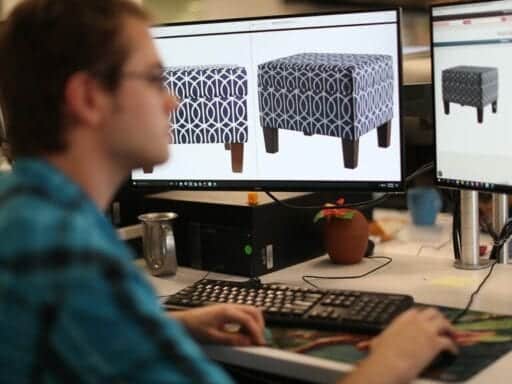 “We believe it is our business to sell to any customer who is acting within the laws of the countries within which we operate,” the company’s CEO responded in a statement.

Employees at the home goods retailer Wayfair are staging a walkout after discovering what they believe is a large order of bedroom furniture the company fulfilled for a contractor that works with facilities detaining children near the US-Mexico border.

According to a letter signed by almost 550 employees, Wayfair has sold $200,000 worth of furniture to a nonprofit organization called BCFS. An order from BCFS was surfaced in the company’s Slack (a group chat platform) last week, and concerns began circulating when employees looked into the organization’s mission.

As per the organization’s website, BCFS “partners with government agencies, corporations, non-profits, and community leaders to develop programs and service models that combat challenges in health and human services.” In 2018, the New York Times reported that BCFS “has received at least $179 million in federal contracts since 2015 under the government’s so-called unaccompanied alien children program, designed to handle migrant youths who arrive in the country without a parent or other family member.”

The furniture, according to the employee letter, was sent to a facility opening in Carrizo Springs, Texas, that will be “outfitted to detain up to 3,000 migrant children.” These kinds of facilities have come under increasing scrutiny and condemnation as reports about appalling conditions emerge. (BCFS did not respond to request for comment as of publication time.)

For the record, here’s the letter the employees sent, which includes the details of the B2B order that wayfair fulfilled. pic.twitter.com/mfKs1krawu

Wayfair’s leadership responded to the employee letter with its own statement, which Twitter user @FizFashizzle posted. The user is not a Wayfair employee, but two employees confirmed it was sent by CEO Niraj Shah to employee organizers. The letter neither confirms nor denies the sale was made.

As business leaders, we also believe in the importance of respecting diversity of thought within our organization and across our customer base. No matter how strongly any one of us feels about an issue, it is important to keep in mind that not all employees or customers agree. Your fellow employees hold a wide range of opinions and perspectives and Wayfair, as a mass-market brand, is oriented to serve a broad and diverse customer base.

As a retailer, it is standard practice to fulfill orders for all customers and we believe it is our business to sell to any customer who is acting within the laws of the countries within which we operate. We believe all of our stakeholders, employees, customers, investors and suppliers included, are best served by our commitment to fulfill all orders. This does not indicate support for the opinions or actions of the groups or individuals who purchase from us.

A Twitter account with the handle @wayfairwalkout tweeted that employees at Wayfair’s Boston headquarters would be conducting a walkout Wednesday afternoon, and urged the company to donate any profits made from the BCFS sale to RAICES, an organization that provides free and low-cost legal services to immigrants and refugees.

The public backlash against Wayfair has been swift, with customers vowing to boycott the company until it stops doing business with border facility contractors. Politicians have also weighed in. Rep. Alexandria Ocasio-Cortez tweeted about the walkout, saying: “Wayfair workers couldn’t stomach they were making beds to cage children.” Rep. Ayanna Pressley took to the platform as well: “I proudly stand in solidarity w/ the hardworking individuals at #Wayfair who are walking out in the name of #justice & humanity.” Elizabeth Warren, the 2020 hopeful and senator for the company’s home state of Massachusetts, tweeted: “The safety and well-being of immigrant children is always worth fighting for.”

I stand with the hundreds of @Wayfair employees who are planning to stage a walkout at their Boston headquarters tomorrow. The safety and well-being of immigrant children is always worth fighting for. https://t.co/L3hqbazX4l

They asked the company to stop. CEO said no.

This is what solidarity looks like – a reminder that everyday people have real power, as long as we’re brave enough to use it. https://t.co/667abeLDTG

Vox had a scheduled interview Tuesday with a Wayfair representative for an unrelated story. An hour before the call, the rep emailed that she “had a conflict come up” and would need to reschedule. She has not responded to a subsequent request for comment on the BCFS sale or walkout.

Vox spoke with two Wayfair employees about the situation, which has unfolded over the past week.

“It became an issue of, ‘What the hell? We need to do something about this,’” the first employee said on a call with Vox. About a dozen Wayfair employees got together to discuss how to formally organize a response. “Let’s just make sure that we’re not profiting off this at all, that not a dime of this is going to the company, and that we’re donating it to charity to combat these terrible camps that are out there that we just don’t want to have anything to do with.”

The organizers were hopeful that Wayfair would take their concerns seriously, since the company had pulled ads from Laura Ingraham’s show last year after she made inflammatory comments about Parkland mass shooting survivor David Hogg. “We do have faith that our leadership can do the right thing. It’s just frustrating that this is what it’s taking right now,” the employee said.

Wayfair co-founder Steve Conine held a meeting with employees this afternoon to discuss their concerns. According to the first employee, who was present at the meeting, Conine said the company would donate the money, though it wasn’t clear how or under what conditions. “There are questions about which charity to give to avoid anyone being seen as too political,” the employee told Vox. “They said no outright to the ACLU. A lot of it was them not trying to commit to anything too specifically.”

The original employee letter also requested that Wayfair “cease all current and future business with … contractors participating in operation of migrant detention camps” and to “establish a code of ethics for B2B sales that empowers Wayfair and its employees to act in accordance with our core values.”

The employee said someone asked Conine if the company could meet those demands, and Conine responded that he couldn’t give the answer they wanted to hear. He also reportedly said that he was personally opposed to the detention centers, though he did not agree they should be called concentration camps, to which employees responded in unison, “Yes they are.” (This whole account was corroborated by the second employee Vox spoke to, who was also present at the meeting.)

At least some employees were not satisfied by Conine’s response, and decided to push forward with tomorrow’s walkout. “If anything, we probably just gained a lot of people that we wouldn’t have had otherwise,” said the employee. Wayfair executives at the meeting assured staff they would not be retaliated against if they participate.

“There’s been a lot of comparisons internally comparing us to IBM in the mid-1930s, and we don’t want to be IBM,” said the employee. (IBM assisted Hitler in taking census counts, which were used to identify Jews in Germany.) “We weren’t necessarily looking to drag Wayfair through the mud. This is not the opinion of the entire group, but now that it’s out there, honestly I’m glad it is. People need to know about this.”

Democrats should make voting reform a nonnegotiable baseline for the next stimulus bill
As crowds flock outdoors for Memorial Day weekend, government officials stress caution
Live results for the pivotal Georgia Senate runoffs
How 2020 Democrats think about breaking up Big Tech
Giuliani: Trump isn’t trying to send a message with pardons
Everything you need to know about the Supreme Court’s new Obamacare case