We are not ready to hold an election during a pandemic. Just look at Ohio. 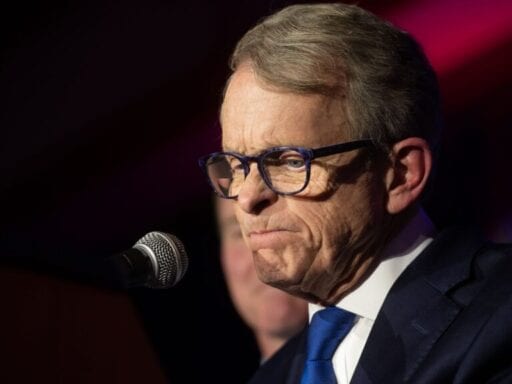 The legal showdown in Ohio is a story of two laws at war with each other.

The Ohio Supreme Court’s decision in Speweik v. Wood County Board of Elections, which effectively allowed the state’s top health official to delay Tuesday’s primary election, is a confusing decision. It’s made all the more confusing by the fact that the state supreme court did not explain its decision in the two-sentence order it handed down early Tuesday morning.

The upshot of Speweik, however, is that an order by state Director of Health Dr. Amy Acton, which ordered polls closed in the primary election that was originally scheduled for Tuesday, has taken effect. Ohio’s primary is suspended until June 2, 2020 — and it’s possible that it could be delayed again if the coronavirus pandemic continues to rage in June.

Speweik arises out of the tension between two state laws, one of which unequivocally states that the primary election “shall be held on the third Tuesday after the first Monday in March.” The other law, meanwhile, gives the department of health broad powers over “quarantine and isolation.”

Ordinarily, when a court encounters the word “shall,” they read it as an immovable command — there is no flexibility in the word “shall.” And yet, the Ohio Supreme Court appears to have concluded that the state’s inflexible election law must bend to the needs of public health.

The implications of the decision go beyond what happens to Ohio’s primary. We can expect to see more cases like Speweik in the near future, where an inflexible state election law runs headlong into the unusual measures state officials are imposing to deal with the coronavirus pandemic. Unless state lawmakers update these laws to account for the pandemic — something that would be difficult under normal circumstances, much less during a period of social distancing — courts are likely to struggle to reconcile competing legal demands.

What happened in Ohio’s courts

The legal fight over whether Ohio could postpone its primary election is all the more confusing because that fight involved two entirely separate court battles.

On Monday, a Franklin County judge rejected a suit brought by two Ohio voters — a suit backed by Ohio Gov. Mike DeWine — which asked the state courts to delay the state election on their own authority. That decision is unaffected by the state supreme court’s decision in Speweik, but it also appears to be largely irrelevant in light of subsequent events.

Also on Monday, Corey Speweik, a candidate for a Wood County, Ohio, office, filed a petition in the Ohio Supreme Court asking the state’s justices to compel the state to hold Wood County’s primary election on Tuesday. Just a few hours after Speweik filed this second case, Dr. Acton handed down her order requiring the polls to close on Tuesday. In light of that order, the state asked the Ohio Supreme Court to dismiss Speweik’s petition, arguing that state election officials “will not violate a clear legal duty by complying with an order from Ohio’s Health Director in the midst of a pandemic.”

Acton’s order was not at issue in the Franklin County case.

As noted above, Speweik turns upon the tension between Ohio law’s unequivocal statement that the primary “shall” be held on March 17, 2020, and a second statute giving the state department of health broad authority over public health.

Ohio law provides that the health department has “ultimate authority in matters of quarantine and isolation, which it may declare and enforce, when neither exists, and modify, relax, or abolish, when either has been established.” The law also permits the health department to “make special or standing orders or rules … for preventing the spread of contagious or infectious diseases.”

Among other things, Ohio officials have used this broad authority to close bars and restaurants within the state.

There’s no good way to resolve the tension between Ohio’s election law and its public health law. Again, the word “shall” is inflexible. To comply with the state election law, the state must hold its election on Tuesday. At the same time, the health department does, indeed, have broad authority to order people to isolate themselves and to close down the state’s ordinary operations.

In allowing Acton to delay the election, in other words, the state supreme court appears to have chosen the least worst option. A rigid textualist approach to the state’s election law — one that elevates the rigid nature of the word “shall” over all other concerns — risked effectively disenfranchising huge swaths of Ohio’s voters, who would have stayed home due to public health concerns, and who may have struggled to vote because poll workers stayed home as well.

Whatever the wisdom of the court’s decision in Speweik — and it’s worth emphasizing once again that this was a very difficult case with no clear answer — it’s likely that most courts will show similar deference to public health officials as similar tensions arise between state and federal election laws and coronavirus precautions.

In national security cases, courts typically defer to the president and to the military, even when national security officials claim that individual civil liberties must be restricted to ensure public safety. “Neither the members of this court nor most federal judges begin the day with briefings that may describe new and serious threats to our nation and its people,” the Supreme Court explained in 2008. So judges are understandably uncomfortable with their ability to weigh the difficult choices made by presidents and generals. No judge wants to hand down a decision that prevents the government from halting a terrorist attack.

A similar psychology is likely to settle in as the coronavirus pandemic heats up. Most judges are no more expert in matters of public health than they are in matters of national security. And the stakes in a coronavirus case may be measured in thousands of lives.

Yet, while judges often show wisdom when they admit what they do not know and defer to people with greater expertise, there is also potentially danger in such deference. The great deference that judges typically show in national security cases explains the Supreme Court’s decision to uphold Japanese-American detention camps in Korematsu v. United States (1944). It also explains why the Supreme Court upheld President Trump’s travel ban in Trump v. Hawaii (2018), despite considerable evidence that Trump implemented that ban largely due to his personal animus against Muslims.

American election law was not written with a pandemic in mind. Extraordinary measures may be necessary to control the spread of coronavirus for many months — possibly continuing well into the November election season. And if those extraordinary measures do disrupt the general elections, courts are likely to defer to public health officials even if those officials act with partisan motivation.

Last week, University of California Irvine law professor Rick Hasen argued that Congress needs to enact nationwide legislation permitting voters to cast their ballots by mail — such as a bill proposed by Sen. Ron Wyden (D-OR). Hasen and Wyden are right. If lawmakers don’t start thinking now about how to ensure that we can have a free and fair election even while Americans are unable to go to the polls, then the courts are unlikely to step in to ensure that such an election happens.

How the 2020 census is trying to overcome Covid-19, digital divides, and Trump to get an accurate co...
Bill Cosby spent decades as “America’s Dad.” He’s about to be sentenced for a 2004 assault.
The House coronavirus bill’s paid leave provision would leave out millions of workers
“It’s no protest. It’s insurrection:” President-elect Joe Biden condemns Trump supporters attacking ...
Rand Paul just blocked a vote to condemn President Donald Trump’s withdrawal of troops in Syria
Ethiopia says it’s captured the capital of its rebellious Tigray region