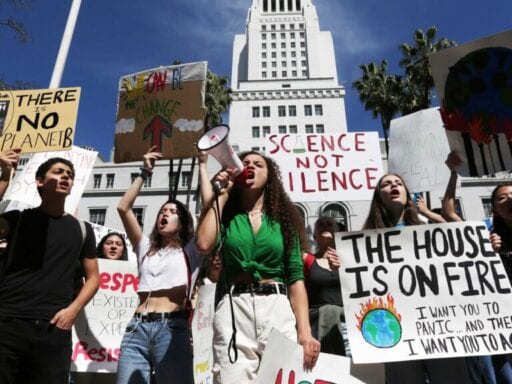 Here’s what they said.

Almost all of the 2020 Democratic presidential candidates have figured out that climate change is a top priority for voters and have released detailed plans to confront it.

For the most part, the candidates agree that the US must reach net-zero carbon emissions by the middle of the century at the latest. But beyond that, it’s been tough to compare where candidates agree and where they stand apart.

The moderators of the three official primary debates so far spent about 35 minutes on climate change across more than seven hours. The discussion that did take place was haphazard and shallow. Activists have said the crisis deserves far more time and attention, but the Democratic National Committee voted down holding an official climate change debate and has barred contenders from participating in third-party debates.

However, the DNC left the door open to “forums” and “town halls.” CNN and MSNBC stepped up and devoted an unprecedented amount of airtime to questioning candidates about climate change. These discussions were useful but the serial interview format meant that candidates couldn’t challenge one another and viewers couldn’t easily compare all the proposals presented. Also, not everyone has hours and hours to devote to figuring out what executive orders candidates will sign, how they will hold greenhouse gas emitters accountable, and whether they would abolish the filibuster to accomplish their climate agenda.

So we asked every 2020 Democratic presidential campaign to respond to six key questions on climate change. This allows candidates to answer in some depth and our readers to compare their answers directly, an opportunity they will not get at the next debate on October 15.

Our questions are informed by two ideas:

To this end, here are the questions we put to every candidate:

You can read more about our reasoning behind these specific questions here.

Ask a Book Critic: Under-the-radar books that won’t have a long hold list at the library
Human Rights Watch blasts President Donald Trump on withdrawal
Trump damaged the EPA. Here are 10 ways it should be fixed.
House Dems, GOP battle over IG's FBI report
You can now legally buy marijuana in Illinois
How Democrats can talk about race and win