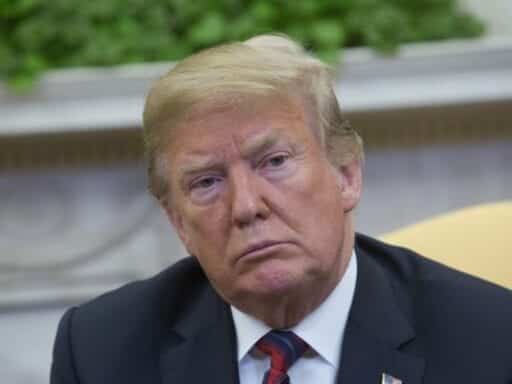 No, not North Korea. Trump wanted to invade the South American country of Venezuela. Because why the hell not.

According to multiple reports, Trump continuously asked his top advisers last August about a military option for overthrowing Venezuelan President Nicolás Maduro and quelling the growing political and economic crisis his mismanagement of that country has wrought.

H.R. McMaster, then Trump’s national security adviser, and others pushed back hard on Trump’s idea, explaining to him that an invasion was unlikely to work and that it would turn regional allies against the US.

On August 11, 2017 — the day after he spoke with McMaster — Trump publicly threatened a “military option” for Venezuela while talking to reporters at his golf club in Bedminster, New Jersey. His comments, coming seemingly out of the blue, shocked pretty much everyone — not least Venezuela.

Venezuela’s defense minister called Trump’s threat an “act of craziness” and “supreme extremism.” Experts thought Trump’s threat would actually help Maduro more than hurt him: “No one had helped Maduro as much as Trump and this nonsense he said today,” Jose Miguel Vivanco, the Americas director for Human Rights Watch, told the Guardian on August 11.

It also seemed to have shocked the Pentagon, which quickly tried to walk back the president’s statement by saying it had received no new orders regarding Venezuela.

But it gets worse: Shortly after that press conference, Trump raised the issue during a meeting with Colombian President Juan Manuel Santos. Then, in September, Trump brought it up yet again at a dinner with four Latin American leaders.

“My staff told me not to say this,” Trump reportedly said, before going on to ask his counterparts if they were extra-super-duper sure they didn’t want the US military to invade Venezuela. All four leaders reaffirmed they didn’t want to see an invasion.

This entire episode is, to put it bluntly, completely batshit.

Let’s walk through why, shall we?

“The problems Venezuela faces are not military issues”

First, let’s be clear: Venezuela is in serious trouble. But US troops storming into Caracas won’t help.

“There is no sensible military option for the US in Venezuela in terms of regime change,” retired Adm. James Stavridis, the top US military official for Central and South America from 2006 to 2009, told me.

One year ago, he held a rigged election for a special legislative body that supplanted the country’s parliament — the one branch of government that was controlled by his political opposition. The new superbody has carte blanche to rewrite the country’s constitution and expand his executive powers.

And to top it all off, Maduro won another rigged election in May, giving him and his supporters total control of the government with no signs of slowing down.

As my colleague Zeeshan Aleem noted last September, Maduro has plunged the country’s economy further and further into the ground.

It’s difficult to overstate how dire Venezuela’s economic plight is. The country entered a deep recession in 2014 spurred by the drop in global oil prices, and cumbersome regulations on its currency are helping produce record-breaking inflation. The International Monetary Fund estimates that prices in Venezuela are set to increase more than 700 percent this year. Seventy-five percent of the country’s population has lost an average of 19 pounds of bodyweight between 2015 and 2016 due to food shortages throughout the country.

As of now, there’s no indication that the US has any plans to invade the Latin American country. That’s a good thing, especially since military experts say it’s a terrible idea.

“I don’t think that a military invasion is in the US interest right now,” retired Air Force Gen. Douglas Fraser, the top US military commander for Central and South America from 2009 to 2012, told me. “The problems Venezuela faces are not military issues and concerns — they’re really diplomatic, political, and economic.”

“The military is not going to solve any of those problems,” he continued.

Maduro seems to welcome Trump’s threat, though, as he’s claimed for years that the US is plotting against him. “A military intervention on the part of the US empire will never be a solution to Venezuela’s problems,” Maduro said during a July 5 military ceremony in Colombia. “You cannot lower your guard for even a second, because we will defend the greatest right our homeland has had in all of its history, which is to live in peace.”

Trump is a hawk

Second, there’s the context in which Trump made his August 11 “military option” threat. Three days prior, the president had said he would unleash “fire and fury” on North Korea unless it stopped threatening the US and its allies.

That was at the height of Washington-Pyongyang tensions, when the chance of nuclear war was higher than zero percent.

So, in the middle of all of that, Trump apparently thought, “You know what would be a great idea right now? Launching a military invasion in South America.” He proceeded to ask basically everyone he could find within earshot whether he could do that.

When they all told him that that was maybe not the best idea, he ignored them and raised the proposal with the leaders of several Latin American countries. This was at the height of the so-called “adults in the room” era, when Trump was flanked by McMaster, Secretary of State Rex Tillerson, and Secretary of Defense Jim Mattis. Now, only Mattis remains.

Finally, this news should finally to put to bed the false myth that Trump is a dove who doesn’t like using the military. He does — get over it.

Last year, the US dropped around 9,000 more bombs on ISIS than President Obama did in 2016. Trump has increased America’s support for Saudi Arabia’s war in Yemen while more than doubling troop levels in Somalia. He extended America’s existing wars, sending thousands more troops into Afghanistan and Iraq, and authorized an indefinite military presence in Syria.

And the president put confronting two of America’s biggest potential rivals in the world — China and Russia — at the center of his national security strategy. His administration continues to send more ships and planes into the Pacific region, and he has increased America’s military presence in Eastern Europe.

Trump’s increased use of the military in part led to at least 33 US military deaths in war zones in 2017 — the first time US war zone casualties rose in six years.

Put together, not acting on his threat to invade Venezuela may have been among Trump’s least hawkish actions last year.

“I think this is a wake-up call”: Seeing a familiar face in the Capitol riot
Alexandria Ocasio-Cortez’s powerful speech against misogyny in Congress was long overdue
BTS’s new album is sublime comfort pop for the soul in lockdown
In 2020, scientists documented hundreds of new species. Here are a few.
Trump holds a rally hours after Pittsburgh shooting, says “evil people” shouldn’t derail life
Trump just used a damaged DC church for a photo op. The bishop is furious.