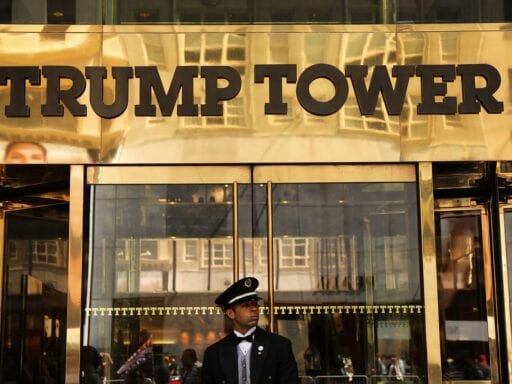 The New York Times’ major new story reveals that Trump had political, legal, and financial reasons to hold the returns back.

One of the biggest secrets in American politics — what’s in the tax returns that President Donald Trump has refused to release for so long — has at last been revealed, by the New York Times.

Times journalists Russ Buettner, Susanne Craig, and Mike McIntire obtained “tax-return data extending over more than two decades” related to the president, and have revealed their findings in a bombshell new report. (They are not posting the documents themselves, to avoid jeopardizing their sources.)

For years, the political world has speculated on just what Trump was trying to hide by holding back his returns, and falsely claiming that he can’t release them until the IRS finishes an extended audit. Was it that he paid no income taxes at all in some years? Was it that he was far less successful of a businessman than he let on? Was he claiming legally dubious deductions?

The answer, it turns out, is all of the above.

The Times story makes clear the supposedly wealthy president often paid no income taxes, while his businesses regularly lost vast sums of money, and he himself was on the hook for increasing sums in loans. All that is politically damaging enough to Trump’s image, and likely a sufficient reason to work hard to keep the tax returns secret.

But there’s likely another reason behind Trump’s reticence — because reporters would scour his returns for legally dubious claims, and put the pieces together as to how he was trying to snooker the IRS.

That’s just what ended up happening here. Just to name one example, Buettner, Craig, and McIntire sussed out that mysterious write-offs for consulting fees on certain Trump projects matched the amounts of payments to Trump’s daughter Ivanka. And there’s far more in the Times’ excellent piece.

One major theme of the Times piece is that the IRS audit of Trump is extremely serious, and that he could end up owing the US government more than $100 million. So reporters’ scrutiny of his tax returns might not just be politically problematic for Trump — they could also be financially and legally problematic.

The tax returns reveal that Trump paid little taxes, that his businesses lose lots of money, and that he’s deeply in debt — none of which looks good politically

Back when Trump first ran for the Republican presidential nomination in 2016, he came under an enormous amount of criticism from his rivals for not releasing his tax returns, as past presidential nominees have. Initially, he had promised that he would release them. But he kept making excuses, his main one being the false claim he could not yet release the returns because he is under audit.

So Trump’s tax returns became the white whale of his critics, with everyone from reporters to House Democrats to New York state prosecutors trying to get ahold of them.

After more than four years, Buettner, Craig, and McIntire of the Times got the goods.

Their story reveals the following: Trump did indeed pay zero in income taxes from 2011-2014, and the paltry amount of $750 in 2016 and 2017. He pulled this off by claiming that his businesses lost massive amounts of money. He has $421 million in debt coming due in the next few years, and he could owe $100 million more to the US government if he loses his audit battle with the IRS.

There are ample political reasons in here for Trump to have been so reluctant to release these tax returns.

For one, there’s the fact that he paid so little income taxes, which will look bad from the perspective of many Americans who may pay much more in taxes than he has. You might wonder why Trump would care about this given his long-standing ability to wriggle free of political scandals — but that ability wasn’t so clear in 2016, when he first started holding back the returns. Additionally, Trump’s first campaign came just a few years after Mitt Romney was dogged by then-Sen. Harry Reid’s false allegation that Romney had paid no taxes for ten years. The political conventional wisdom was that a wealthy candidate having paid little to nothing in taxes would be quite bad.

But the specific reason Trump paid no taxes is embarrassing — it’s because his businesses lost tons of money. (At least, that’s what he claims — keep in mind that the tax return information is his representation of his businesses to the IRS.)

To be clear, some parts of Trump’s business really do make money — for instance, The Apprentice sent cash pouring in, and Trump Tower is profitable. But he avoids paying taxes on these profits because he’s claimed such massive losses from other parts of his business empire.

The other big reason Trump was probably reluctant to release the returns is that there’s clearly some legally questionable stuff in there.

For instance, the records obtained by Buettner, Craig, and McIntire show that Trump wrote off $26 million in supposed consulting fees as a business expense between 2011 and 2018. But the reporters took the added step of figuring out where some of that money was going — and they figured out that some of those write-offs matched payments to Trump’s daughter Ivanka, as revealed on her own financial disclosure forms.

Now, Ivanka was an executive vice president of the Trump Organization — not some outside consultant. And sources told the Times that there were no outside consultants involved in certain of the projects for which Trump’s businesses wrote-off consulting fees.

The Times story also mentions other questionable practices — Trump dubbed a Westchester, New York mansion an “investment property” so he could write-off property taxes on it, but Eric Trump called it “our compound.” The Trump Organization also wrote off Donald Trump Jr.’s legal fees for the lawyer who represented Don Jr. in the Russia investigation.

This is probably just scratching the surface — the Times reporters say they have more stories coming. But the larger point is that Trump has a history of questionable tax practices, is facing an audit where he has a lot on the line, and appears to be in a financial situation in which having reporters closely scrutinize his tax returns can only be a problem for him.

Toy Story 4 Super Bowl trailer: Key and Peele’s new characters torment Buzz Lightyear
The 20 Democrats running for president, the next debate lineup, and everything else you should know ...
Some sage advice for Donald Trump about picking a fight with Bob Woodward, from Donald Trump
The Supreme Court’s confusing new “religious liberty” order, explained
New poll shows major shift in how Americans think about men in power
It’s Always Sunny in Philadelphia spins comedic gold out of sexual harassment training