Welcome to the August issue of Vox’s The Highlight 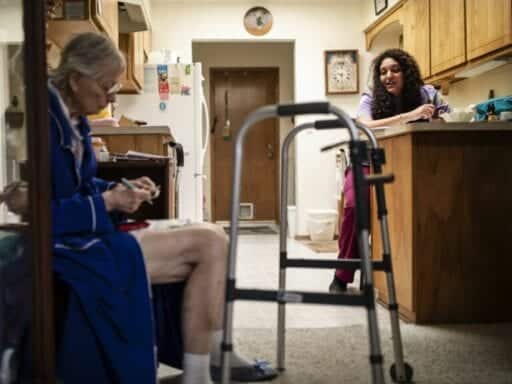 Inside the growing home health aide industry, revisiting Woodstock, how the mosquito shaped humankind, and more.

This spring, Vox introduced The Highlight, a home for writing and reporting that’s a cut above, a digital magazine where we could step away from the churn of the news cycle and offer our readers insightful features, surprising essays and profiles, and longform pieces focused on the big cultural and social issues of our time.

Since then, we’ve published dozens of stories true to that mission, covering the subversive power of female gun influencers and Raj Chetty’s radical reinvention of economics education, the rise of flying shame and the ways in which our discussions of burnout ignore low-wage workers — like, for example, those on fast food’s front lines.

But nothing has better showcased our vision than our issues, which, like magazines, arrive monthly and feature some of our best work. This week, we unveil our fifth, with a flagship cover story delving into the rapidly growing home-health aides industry.

Driven by baby boomers and by Americans’ increasing desire to age in place, the sector will add 1.2 million jobs over the next several years. But the work itself is grueling and low-paid, without federal labor protections including minimum-wage laws or basic benefits such as sick leave. Following one New Mexico health aide named Angelica (pictured above), we look at why the industry’s failures may compromise not only the future of work, but also the state of care for the aging population.

With August marking the 50th anniversary of Woodstock, The Highlight also looks back on the Oscar-winning Woodstock documentary — now available on streaming services — and asks whether the nostalgia for a long-ago music festival masks the real failures of boomers to live up to their ideals. (Even if the last thing the world needs is another Woodstock, the movie, for the record, merits your time — nearly four hours of it.)

Streaming — and let’s be honest: the algorithm — has also brought new audiences to shows such as Call My Agent, Elite, Sacred Games, Made in Heaven, and Narcos: Mexico, while major network HBO premiered Los Espookys on the heels of the success of My Brilliant Friend. What they have in common is that each is finding American fans despite being filmed in other languages — Hindi, Spanish, Italian and Neapolitan, to name a few.

And finally, we talk with historian Timothy C. Winegard about our most pestilent predator, the mosquito; and share tips from experts on the smartest ways to start cooking from recipes.

One of the fastest-growing jobs in America is also one of the hardest.

Woodstock was a beautiful, idealistic mess. The Woodstock Generation was the letdown.

Watching the documentary 50 years later only highlights the flaws in the festival’s mythology.

The rise of subtitled television

How shows like Los Espookys, My Brilliant Friend, and Made in Heaven are finding new audiences.

Mosquitoes might be humanity’s greatest foe. Should we get rid of them?

The pesky insect is the deadliest animal in human history.

A smarter way to read recipes

Cooking from one is an art form. Here are six tips to help you approach a recipe like a pro.