Welcome to the June issue of Vox’s The Highlight 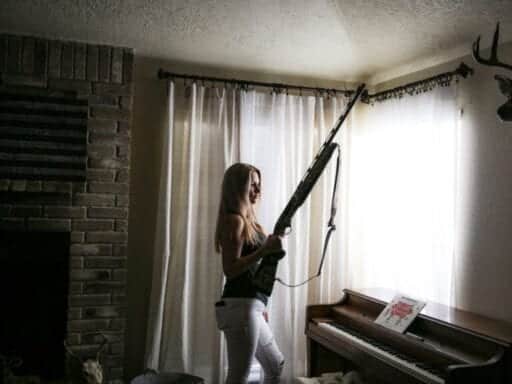 Inside the world of female gun influencers. Plus: our need for speed, the fascinating life of Kim Jong Un, and more.

Facebook, and by extension, Instagram, doesn’t let weapons companies or retailers advertise the use or sale of firearms. But the rule doesn’t apply to gun influencers. In this month’s cover story, we go inside the world of the hired guns who have emerged to fill the gap: a sea of women whose cheery posts posing in athletic wear with gun pockets can skirt the rules.

Also in this issue, we explore the distinctly human need for speed; talk with journalist Anna Fifield’s on her jaw-dropping revelations about the misunderstood life of Kim Jong Un; look at a social club for autistic women; and more.

Companies can’t advertise on social media — so they have female influencers do it for them.

Driverless cars are coming. We’ll miss the thrill of the ride.

Flirting with danger on the open road is as old as, well, motoring itself.

Anna Fifield’s new book on the North Korean dictator reveals the man behind the missiles.

“A place where you don’t need to translate yourself”

Inside Felicity House, a New York social club for women with autism.

Taming our impulse to experience everything could make us happier, says the author of The Joy of Missing Out.

The first modern celebrity was born 175 years ago

How Sarah Bernhardt mastered her craft, dominated the media, and wrote the playbook for the famous people who came after her.

Facebook and Twitter are struggling to get coronavirus disinformation details from the government
Amy Klobuchar can win where Democrats need to win in 2020
Daredevil season 3 is a return to what made the show so good in season 1
The decline of the suit
What are the symptoms of the new coronavirus?
California’s largest wildfire on record is now a million-acre “gigafire”