Welcome to the September issue of Vox’s The Highlight 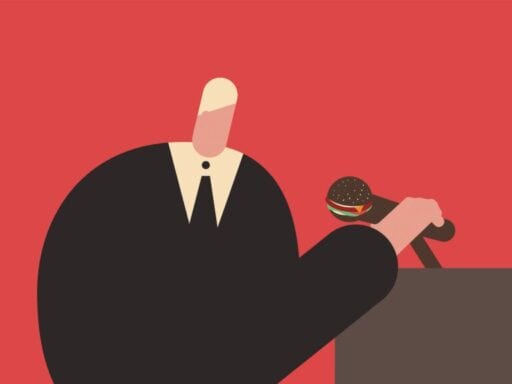 With our latest issue, we explore the culture war over burgers, treating anxiety with apps that look like video games, and more.

A battle over burgers began rather benignly this past winter, when Democratic New York Rep. Alexandria Ocasio-Cortez quipped on late-night TV that no one should be “eating a hamburger for breakfast, lunch, and dinner.” Before long, Republican Utah Rep. Rob Bishop was chomping on a burger at a press conference, arguing that such an act would be “illegal” if the climate warriors had their way, and “cheeseburgers” had become a talking point in the 2020 campaigns. Meanwhile, plant-based, Silicon Valley-backed Impossible and Beyond burgers are ascendant.

The cover story of the latest issue of The Highlight delves into the juiciest battle of the year: the tug-of-war over meat — how much we eat; what it’s doing to the planet; and whether the burger is so elemental to the American diet (and psyche) that not even the new wave of tasty lookalikes could topple its dominance.

Also in this issue, we explore cheery phone apps such as SuperBetter and Mind Ease, which aim to arm anxiety sufferers with tools to manage their distress; the protracted fight between residents near New York’s Chinatown and developers erecting million-dollar apartments in what has historically been a working-class neighborhood; and how a wave of “heritage” tourism fueled by affordable at-home DNA testing raises many nuanced concerns for African Americans, whose connections abroad have been severed by slavery.

Plant-based meat and the knock-down, drag-out fight for the American diet.

Can you lessen anxiety by playing a game on your phone?

Popular apps are awarding points for beating “bad guys” and completing “power-ups” — and they’re drawing from real, clinically approved treatments. Do they work?

Will luxury towers edge out the last of the working-class Chinese in New York’s iconic Chinatown?

One of the city’s few remaining neighborhoods for lower-income residents is fighting to preserve a way of life.

“Heritage travel” is surging in the era of DNA testing. It has a special significance for black Americans.

Some travelers have long desired a chance to mend family trees broken by slavery. For others, it’s complicated.

The US almost tore itself apart to get to 50 states. Can DC make it 51?

Creating a state should be simple. America’s divisions make it a lot harder.

Vox Sentences: Notre Dame in flames
Trump’s approval rating is rising slightly amid the coronavirus pandemic
She was slut-shamed while running for office. Now she’s fighting back.
Vox Sentences: Talks before tariffs
Every New Hampshire primary race you need to know about, briefly explained
Read: Amy Coney Barrett’s opening statement lays out her position on the role of the courts