“We’re a country with an open wound”: Joe Biden condemns the police killing of George Floyd 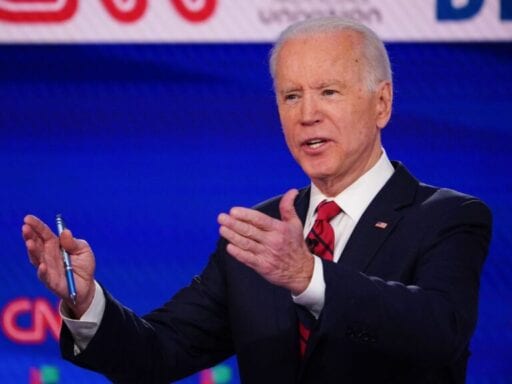 The presumptive Democratic nominee called for every American to grapple with the country’s systemic racism.

In a livestream on Friday, former Vice President Joe Biden called for justice for George Floyd and pressed the country to grapple with the violence that black people face on a daily basis in America.

“It’s time for us to face that deep open wound we have in this nation,” Biden said. “We need justice for George Floyd. We need real police reform.”

Biden’s comments came in the wake of the police killing of 46-year-old Floyd, who died Monday after a Minneapolis police officer pinned him down by the neck for more than seven minutes.

The incident, which was filmed by bystanders, has since sparked massive protests in Minnesota and in multiple cities across the country. On Thursday evening, some protesters in Minneapolis broke into stores and set fire to the Third Police Precinct, where the officers who were involved in Floyd’s death worked prior to being fired.

President Donald Trump responded late Thursday evening with a tweet in which he appeared to call for violence toward the protesters, though he later attempted to walk back his remarks, saying what he meant was that “looting” could lead to violence.

In his remarks, Biden both pushed back against Trump’s original comments and urged unity among Americans. “This is no time for incendiary tweets. It’s no time to encourage violence,” he said. “We need to stand up as a nation, with the black community, with all minority communities.”

Throughout his statement, Biden emphasized the United States’s longstanding problems with racial discrimination and violence, and how it stems from the country’s “original sin” of slavery.

Biden, who himself has faced scrutiny for the role that he played in authoring the 1994 crime bill — which has been widely viewed as contributing to the disproportionate incarceration of people of color — emphasized that all members of the country needed to weigh the discrimination that black Americans experience.

“I believe it’s a duty for every American to grapple with it, and to grapple with it now,” he said. “If we simply allow this wound to scab over once more, without treating the underlying injury, we’ll never truly heal.”