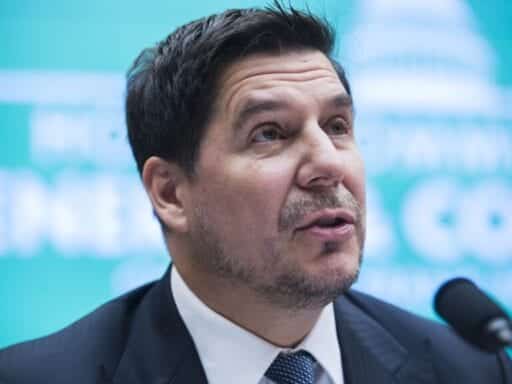 According to audio Recode obtained of a company all-hands meeting on Wednesday, WeWork’s new chair promised employees who leave will do so “with dignity.”

WeWork, the coworking unicorn that was once one of the most valuable startups in the world but has now all but imploded, held an all-hands meeting staff meeting at its New York headquarters on Wednesday during which it tried to calm anxious employees who are awaiting substantial layoffs.

The meeting is the first all-hands led by the company’s new executive chair, Marcelo Claure, who is the chief operating officer of SoftBank. According to audio obtained by Recode, in the meeting, Claure said that layoffs will happen to “right-size the business.” He did not, however, offer further details about the cuts.

“Are there going to be layoffs? Yes. How many? I don’t know. It’s day one,” said Claure, who is positioning himself as a steady leader amid the chaos. “But I will guarantee you that whoever leaves is going to leave with dignity.”

On Wednesday, SoftBank, which is WeWork’s largest investor, took control of the company in a rescue funding deal. In a move that angered many employees, the deal gave 1.7 billion to WeWork’s controversial founder and former CEO, Adam Neumann, who drove the company to its current state of distress. Reportedly, the company needed SoftBank’s last-minute funding to afford severance packages for the 2,000 or more employees it plans to lay off from its 15,000-person workforce.

“My goal is to be part of one of the most amazing comebacks in history,” Claure said in his opening remarks. He later told employees, “We’re betting SoftBank, betting our reputation, betting everything we have that this is going to be a success story.”

In several parts of his speech and during Q&A responses, Claure defended the “magic” of WeWork amid its detractors in the press and investor markets. He said that after “many many endless nights” of internal debate with SoftBank CEO and billionaire Masayoshi Son, the firm decided to double down on its support of the coworking company.

While employees didn’t get the answers to questions they wanted — like how many jobs will be cut, what departments will be impacted, and what severance will be, some applauded Claure for speaking to a room of frustrated employees. The move to talk to employees at a tense moment was a risk that the executive himself acknowledged, saying that his employer’s head of communications had advised him to wait until the layoffs were finalized before holding a meeting.

“I think overall, I appreciated that [Claure] chose to speak to the company despite suggestions to wait, and it feels like there’s finally an adult in the room,” said one employee, who spoke on the condition of anonymity. “But I’m still wary of all the uncertainty. Very little additional information was given about the things that employees care about: layoffs, severance, retention, and equity packages. It was a lot of the same ‘trust us, wait and see’ responses we’ve been getting the last month.”

In the past few months, WeWork has had an unprecedented fall from grace that’s been fueled by reports of its hard-partying culture, financial conflicts of interest, and bloated valuations. Earlier this year, the company was valued at $47 billion. In Tuesday’s deal, it was valued at just a fraction of that — $8 billion — which means many employees’ shares in the company are now worth little.

During the all-hands, WeWork’s co-founder and chief culture officer, Miguel McKelvey, who introduced Claure onstage, acknowledged what a mess WeWork is in.

“I think I’ve run out of the words to describe what’s been going on from surreal to crazy to unbelievable,” McKelvey said. “There are going to be very difficult times for all of us … and we are going to get through this together. … We are going to come out of this on the other side stronger than we’ve ever been,” he said.

Claure was recently put in charge as company chair to steward it through SoftBank’s takeover. The former CEO and current executive chair of Sprint spoke about how he turned around the telecoms company when he was its leader as it was similarly on the brink of financial collapse.

The all-hands meeting was hastily scheduled on Tuesday evening. Around 2 am ET on Wednesday, Claure sent an email to staff that thanked employees for “staying strong” throughout the “crisis,” confirmed layoffs ahead, and promised to treat those who leave with “respect, dignity, and fairness.”

Below is a longer excerpt from Claure’s note:

“I want to thank all of you for staying strong throughout this crisis. Thanks to Artie, Sebastian and Miguel for stepping up during these difficult times. And special thanks to our Community teams around the world who carry out our mission: to create a world where people work to make a life, not just a living.

I am totally committed to open and transparent communication with you. I will share with you the good and the bad as we embark on this journey together. Yes, there will be layoffs — I don’t know how many — and yes, we have to right-size the business to achieve positive free cash flow and profitability. But I will promise you that those that leave us will be treated with respect, dignity and fairness. And for those that stay, we will ensure everyone is aligned and shares in future value creation.”

Daniel Pantaleo, the NYPD officer involved in Eric Garner’s death, has been fired
How Hollywood accidentally built Netflix
It matters that police officers aren’t wearing masks
The Supreme Court decision gutting public sector unions, explained
Here’s how to check if your ballot was received and accepted
A group of YouTubers is trying to prove the site systematically demonetizes queer content