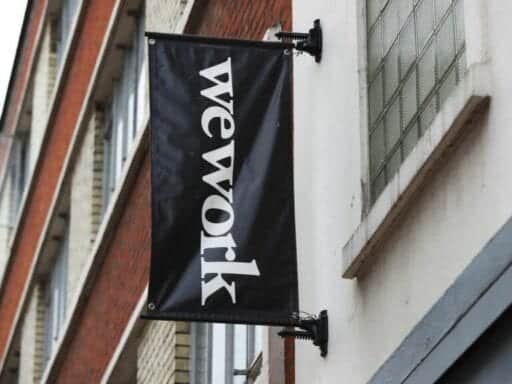 Share
Loading...
WeWork has faced nagging questions about whether it is overvalued. | Jonathan Brady/PA Images via Getty Images

WeWork appears to be listening to its critics.

The office-rental company WeWork could end up being valued at less than half of what it is currently “worth” when it ends up going through with its much-watched IPO. The startup has long faced nagging questions about whether it’s been overvalued.

According to a series of reports on Thursday, WeWork, which was most recently valued by venture capitalists at $47 billion, is currently considering selling shares at a price that values itself at as low as $20 billion. This isn’t a nip and a tuck. That’s a dramatic slash in value that speaks to a more fundamental concern about what this company even is.

The reports also suggest WeWork is considering delaying its IPO, which was one of the most highly anticipated of 2019. The company has been targeting a fall public listing — it released its financial data last month and was expected to start its “road show,” or formal investor meetings, next week — but is now weighing a delay of the IPO to 2020, according to the Wall Street Journal.

Companies always try to manage the expectations game around an IPO — which is when a young company graduates to a public stock market exchange like the Nasdaq or the New York Stock Exchange. That can sometimes make it hard to tell if there are legitimate worries about how a company will fare, or if a company is simply setting the table for a positive narrative to emerge about how it “beat” expectations.

But all in all, the stories indicate that WeWork is rushing to reel back some of the company’s trademark carefree euphoria.

WeWork, which signs long-term leases for buildings and then apportions them out on short-term contracts to startups and big businesses alike, has always tried to position itself as a tech company rather than as a real estate company. That’s because “tech companies” — whatever that term means — typically are valued at much higher amounts than companies with similar revenues that are merely “real estate companies.”

But the problem for WeWork is that many observers and investors do see it as a real estate company. Despite using the word “tech” 123 times in its IPO filing, WeWork’s fundamental business model isn’t any different from IWG, its biggest rival. IWG is generally considered a real estate company.

So it’s possible that public-market investors aren’t buying the messaging that they’ve been sold (well, at least not as much as venture capitalists did).

Another factor that is reportedly drying up investor demand: concerns over how WeWork is governed. The company is tightly controlled by founder Adam Neumann, who has skirted with conflicts of interest that mix his personal enrichment with the company’s bottom line. WeWork’s parent company originally paid Neumann $6 million for the trademark rights to the “We” branding, a matter that in many ways crystallized governance issues at the company.

But then on Wednesday — in another move apparently intended to rebut mounting criticism — the company said it would undo the deal. It also added its first female board member as disapproval mounted about the company’s all-male board.

For all the drama, WeWork, at the very least, appears to finally be listening to its critics.

Trump’s about to miss Tuesday’s court-ordered deadline to reunite young migrant kids with their pare...
ICE used a fake university to weed out student visa fraud. But the students say they were duped.
Even Senate Republicans want the White House to share a whistleblower report on Trump
NBA star Kobe Bryant has died in a helicopter crash
Many businesses oppose Trump’s deregulatory agenda. Here’s why.
Cheap flights and discounted Broadway tickets put everyone at risk